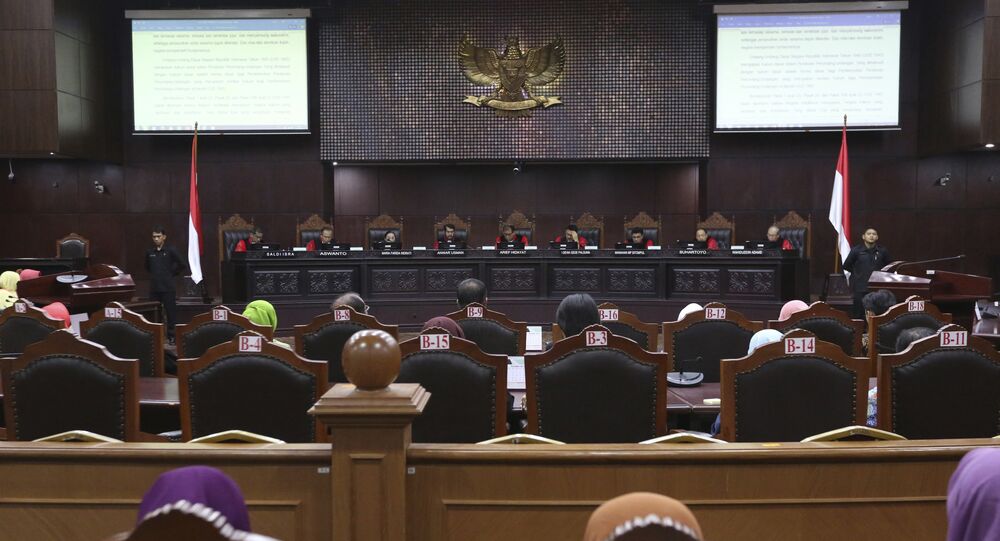 Indonesia’s Parliament is drafting proposed revisions to the national criminal code to prohibit all extramarital and same-gender relations, prompting outrage among activists decrying the attack on the LGBT community. Proposals are expected to be finalized in the next several weeks.

The draft aims to ban extramarital sex, same-gender relations and cohabitation, all of which were not previously criminalized at a national level, Channel News Asia reported. Adultery is already outlawed in the Southeast Asian country.

A similar petition was filed last month by the Family Love Alliance, an Indonesian conservative group, to revise the criminal code. However, the Constitutional Court voted against the petition to criminalize gay sex, albeit by a narrow margin.

"The truth is the majority of religions in Indonesia hold the same values, so… [the revisions] are representative of the majority and of all cultures in Indonesia," said Euis Sunarti, a member of Family Love Alliance.

The parliamentary committee has been busy consulting religious scholars, legal experts, advocacy groups and the public to gather information on the best way to revise the criminal code. The majority of political parties — in fear of losing the votes of the many conservative voters — claim that extramarital sex, particularly gay sex, should be outlawed.

Junimart Girsang, a member of the nationalist Indonesian Democratic Party, recently voiced his belief that same-gender relationships cannot be legally, religiously or ethically accepted in the country.

According to a recent survey, 90 percent of Indonesians claim to be threatened by the LGBT community because Islam prohibits same-gender relations.

"The survey finds that, generally, the Indonesian public views the LGBT [community] negatively," the Saiful Mujani Research Centre says on its website.

"But the public is also of the view that the LGBT community has the right to live in Indonesia and that the government should protect them like other citizens," it continued.
Many activists see the draft revisions as an explicit breach of basic human rights.

"The draft law will create new discriminatory offenses that do not exist in the current criminal code. It will slow down Indonesia's efforts to develop their economy, society, knowledge, education… if law enforcement agencies are busy policing morality," said Andreas Harsono of Human Rights Watch.

"It's sounding like the Acehnese sharia code," he added, referring to the province of Aceh in Indonesia that practices provisions of sharia founded on the teachings of the Quran and Hadiths, a collection of Islamic traditions often used as a source of guidance.

Some of the offenses criminalized in Aceh include alcohol consumption, production and distribution; gambling; adultery; homosexual acts; and sexual relationships outside marriage.

In 2017 alone, there were several instances of raids against LGBT people, even though there is no official law yet criminalizing same-gender relations.

In March, vigilantes broke into an apartment in Aceh province and dragged two young men to the police for reportedly engaging in same-sex relations. The men endured public flogging as punishment, Human Rights Watch reported.

Last April, police officials forcibly entered a gay and bisexual gathering, arresting and detaining 14 of the men. They were also tested for HIV without their content, according to Human Rights Watch. Last summer, police arrested at least 200 transgender women during a private gathering in Kalimantan.

Living the Good, If Not Unexamined, Life: The Obamas Go Rafting in Indonesia