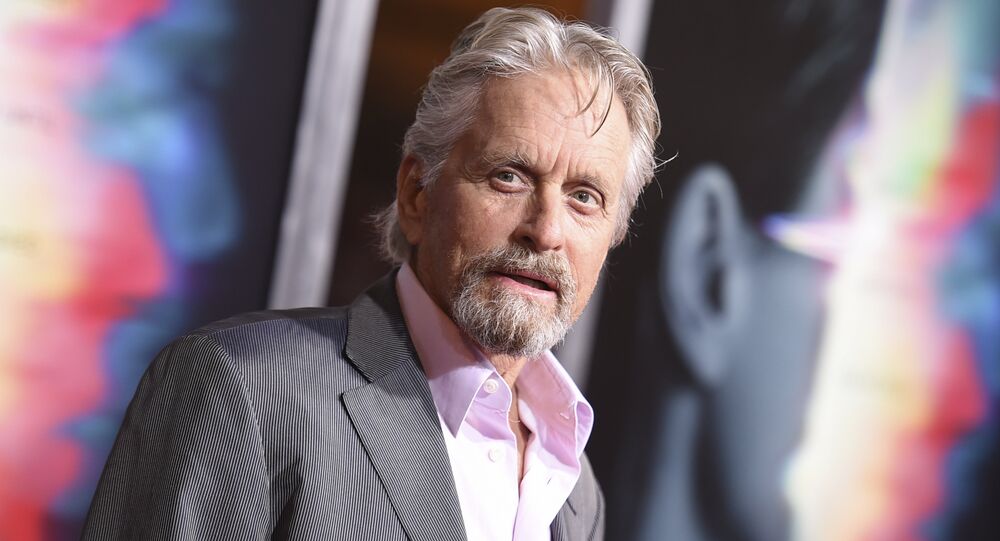 Susan Braudy said the incident took place when she was running the New York office of Douglas’ production company. She claimed the actor asked her to sign a confidentiality agreement. Earlier, Douglas preemptively denied the claims as a "complete lie."

Earlier this month, Douglas preemptively denied harassment allegations against him. Speaking with Deadline, the actor, who is now 73, said he was expecting an allegation against him by a former employee, but insisted the story was a "complete lie" and he was not involved in any form of sexual misbehavior against the woman, who he described as "sophisticated" and "intelligent."

Speaking with The Hollywood Reporter, Braudy, who at the time ran the New York office of Douglas’ production company, claimed that his behavior started with inappropriate sexual conversations, including discussing an affair with co-star Kathleen Turner and making numerous comments about her body.

One day when Braudy met Douglas in his apartment to discuss work, he masturbated in front of her, she claimed.

"I peered at him and saw he'd inserted both hands into his unzipped pants. I realized to my horror that he was rubbing his private parts. Within seconds his voice cracked and it appeared to me he'd had an orgasm," Braudy said.

She said that she was "humiliated" and that Douglas "thought he could do anything he wanted because he was so much more powerful than I was."

Braudy also said that she told other people about the incident. Soon after, Douglas allegedly asked her to sign a confidentiality agreement.

Commenting on Douglas’ preemptive denial, Braudy said, "I believe this is part of the problem, as is his pretext of victimization. These are reasons why so many women don’t come forward with their stories – Lord knows it’s taken 30 years and a movement for me to gather up my courage."

© AP Photo / Chris Pizzello
Matt Damon: Don't Ignore 'S***load' of Hollywood Men Who Aren't Sexual Harassers
Douglas is the latest prominent name in a string of sexual misbehavior allegations that have hit Hollywood in the wake of the Harvey Weinstein scandal.

Dozens of women, including actresses Gwyneth Paltrow and Angelina Jolie, have come forward with allegations that Weinstein sexually assaulted them, when the New York Times claimed that Weinstein had allegedly paid off women who had accused him of sexual assault since the 1980s.

Since the first allegations came to light, the sexual harassment scandal has been snowballing, reaching to a number of prominent Hollywood persons, including actors Kevin Spacey and Dustin Hoffman, and beyond the movie and entertainment industry to the media and politics.