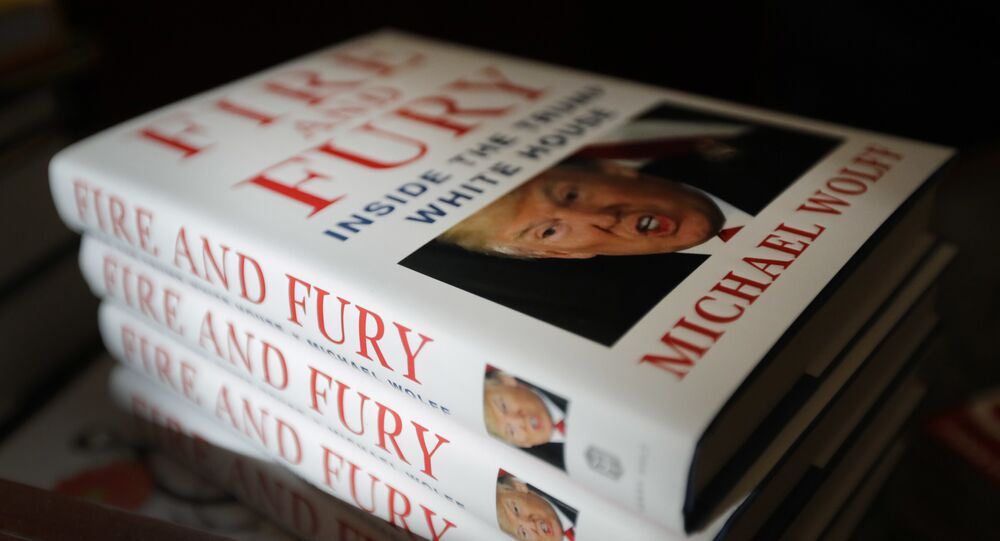 Turns out one of the most anticipated books of 2018 could be heading to the small or big screen.

According to reports, the film and television rights to Michael Wolff's best-selling expose, "Fire and Fury: Inside the Trump White House," have been bought by Endeavor Content, the financial and sales arm of William Morris Endeavor and IMG.

Though no network has yet attached itself to the project, the deal between Wolff and Endeavor Content is reportedly in the seven-figure range.

© AP Photo / Alastair Grant
Thanks, Trump: Author Gets Boost After People Confuse His 2009 Book for Wolff's 'Fire And Fury'

With Wolff expected to be an executive producer on the project, The Hollywood Reporter noted that Michael Jackson, the CEO of Two Cities Television, will join the author as a producer.

As indicated by the New York Times, if a "Fire and Fury" adaption lands on the screen, it would be the first depiction of the Trump White House since HBO killed a project that would have beaten Wolff. That now-lifeless project, which focused on the 2016 presidential election, was canceled after its writer, Mark Halperin, was accused of sexual misconduct.

Since "Fire and Fury" was released January 5, the White House has repeatedly denied the accuracy of Wolff's writing. US President Donald Trump even called the 64-year-old author a "total loser who made up stories" that would make people buy the book.

​Neither the White House nor Trump have issued a statement about the adaptation.

Wolff's recently published expose gives readers a look at what insiders in the Trump administration think about the commander-in-chief and his ability to lead the US.