On Wednesday, it was announced in a letter to parents that Joseph Brennan, Jr., principal of Rhode Island's Bishop Hendricken High School, would be retiring effective immediately after a video of him using racial slurs was leaked to the public.

In the eight second video clip, which was anonymously sent to news station WPRI and the president of the Providence branch of the NAACP, Brennan is seen smiling and then saying, "that way, I could take care of the n***ers and the k*kes."

It is unclear who Brennan, the now former principal of the Roman Catholic high school, was talking to in the recording.

With the principal ordered into retirement, John Jackson, the president of the school, added in the letter to parents that the video clip is currently under review.

"Mr. Brennan was being secretly recorded, but clearly the language is inappropriate," Jackson wrote. "We will not tolerate inflammatory language in any context." 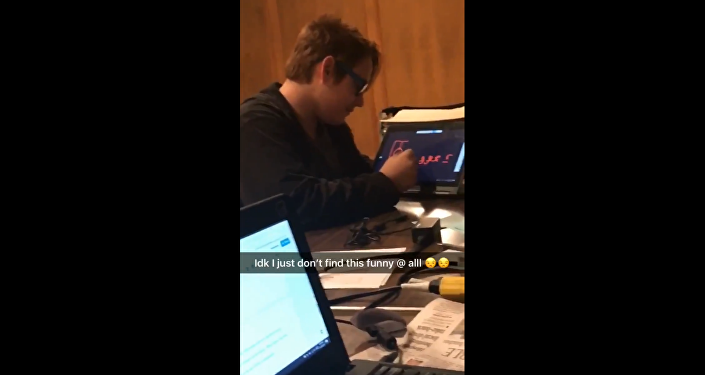 Addressing the video footage, Jim Vincent, president of the Providence branch of the NAACP, said that despite not knowing the context of the conversation Brennan was engaged in, it is unacceptable.

"I just don't think a person of that authority should be talking like that. No matter where, no matter when," Vincent told local station WPRI. "It hurts. It's painful."

"It conjures up a past that was horrific for people both in the black and Jewish community," he added.

The short video clip also drew condemnation from Bishop Thomas Tobin, a leader of the state's Catholic community, who said he was "stunned" and "profoundly sorry" about the remarks made by Brennan.

"The incident seems completely out of character for a good man who has the reputation of being a fine Christian gentleman and an exemplary Catholic educator," Tobin said in a statement later Wednesday. "Racism is a sin, a grave sin, and expression of racism will simply not be tolerated by any employee of the Diocese of Providence, its agencies or institutions."

"On behalf of the Diocese of Providence, I sincerely apologize to any group or individuals who have been offended — and rightly so — by the language which appears on the video," he added.

Brennan, who was also invited to the White House in 2016 to be honored as a top educator in the US, has yet to release a statement on the video. He worked at the school for roughly 40 years.