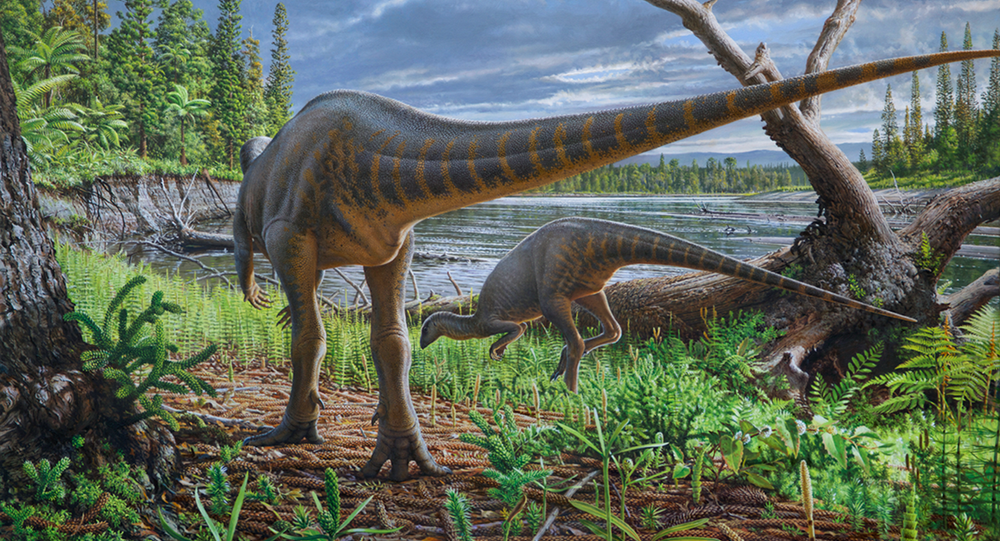 In an exciting discovery a team of paleontologists has unearthed fossils of a new species of dinosaur which lived in a valley between Australia and Antarctica some 113 million years ago.

A turkey-sized dinosaur appears to have been a plant eating, small, bipedal herbivorous dinosaur called ornithopods.

Ornithopods were two-legged plant-eating dinosaurs; they were similar to today's cattle and deer in nature.

A partial skeleton of the recently discovered dinosaur has been named Diluvicursor pickeringi or Pickering's Flood-Running dinosaur. It was found in sea cliffs near Cape Otway in the south eastern Australian state of Victoria.

According to the researchers it appears that the dinosaur had become trapped in a log jam where it was immortalized for millions of years.

© CC0
Prehistory Lost: Vandals Destroy Dinosaur Footprint in Australian Park
Lead paleontologist Dr. Matt Herne said "Diluvicursor shows for the first time that there were at least two distinct body-types among closely related ornithopods in this part of Australia. One was lightly built with an extraordinarily long tail, while the other, Diluvicursor, was more solidly built, with a far shorter tail.”

The scientist said that the preliminary reconstruction of the tail musculature of Diluvicursor, points to the fact that, this dinosaur was a good runner, with powerful retracting leg muscles.

These dinosaurs ranged in size from 5 to 23 feet tall (1.5 to 7 meters) and it is possible that they subsequently evolved into more advanced iguanodontids and hadrosaurs that walked on all fours.

The new species was named in honor of David Pickering, Museums Victoria's Paleontology Collection Manager, who passed away last year.