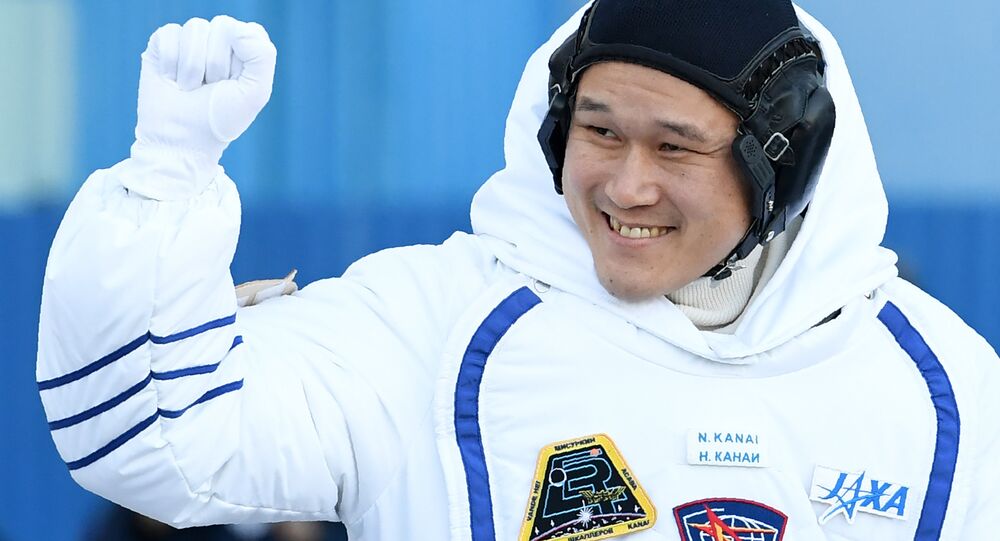 Turns out Japanese astronaut Norishige Kanai did not grow 9 centimeters since arriving on the International Space Station December 19.

The somewhat unusual growth spurt was initially announced on Monday by the 41-year-old astronaut via Twitter.

"Good Morning, everyone. Today I share some serious news," Kanai tweeted. "Since coming to space, I have grown 9 centimeters. This is the most I've grown in three weeks since junior high school."

Netizens were shook. How could someone grow three and a half inches in a span of a few weeks?

​Kanai soon followed up his announcement with his concerns that he might not be able to fit in a seat on his flight home.

And just as Twitter users bombarded Kanai with messages of envy on his newfound ability to reach things on the top shelf, doubts about the measurements began to weigh in on the astronaut's mind after his colleague suggested such a spurt was unlikely, the Japan Times reported.

A few hours after his "serious news" tweet, he fired off another message to followers that confirmed he had really only grown by 2 centimeters or.78 inches.

"This mis-measurement appears to have become a big deal, so I must apologize for this terrible fake news," he tweeted. "It appears I can fit on the Soyuz, so I'm relieved."

Kanai will be landing back on Earth in a Soyuz spacecraft within the next six months. He did not explain how the miscalculation occured.

According to NASA, astronauts tend to grow between 2 and 5 centimeters during space missions because their spines extend with the absence of gravity. They later revert back to their original height after spending a few months back on Earth.