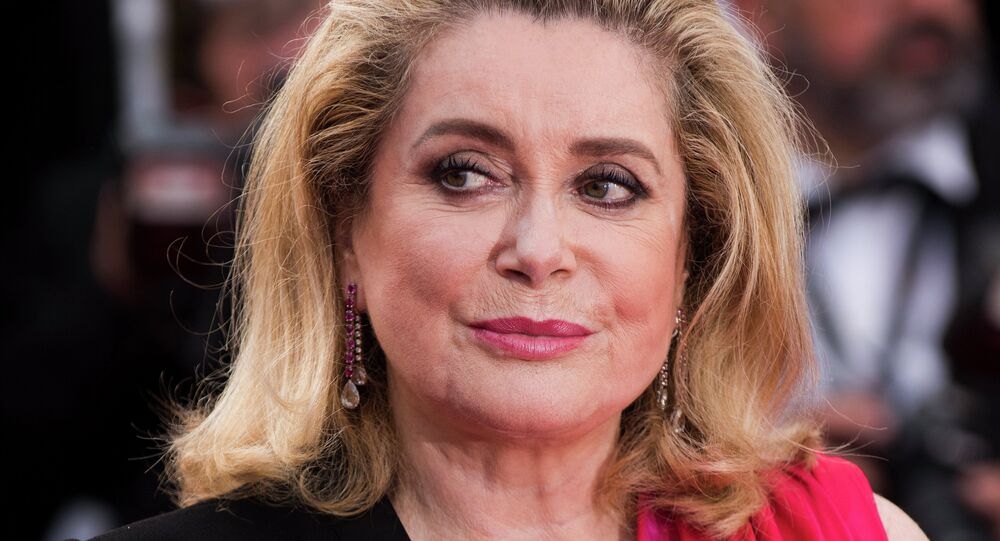 While proponents of the #MeToo campaign against the sexual harassment of women argue that it helps raise awareness on the issue, critics claim it is a social media fad that is doing nothing to help those actually suffering from the damage caused by sexual assault and harassment.

French film star Catherine Deneuve and 99 other French women have raised their voices against the current backlash against men likening the #MeToo campaign to "puritanism" and arguing that it is fueled by a "hatred of men" and stymies sexual freedom.

"This urge to send men to the slaughterhouse, instead of helping women be more autonomous, helps the enemies of sexual freedom," Deneuve and her companions said in a column published by Le Monde daily.

Catherine Deneuve and other French women defend the rights of men to flirt with women as 'indispensable for sexual freedom', and call out #MeToo for infantilising women and encouraging puritanism.https://t.co/pwbHgFffP5 pic.twitter.com/OIJggsf9g6

They argued that men’s right to "pester" a woman was an essential part of sexual freedom.

The article invited a flurry of both positive and critical response on social media.

Why So Many #MeToo Feminists Are Hypocrites

They knew and said nothing. Now they put on a black dress to virtue signal. https://t.co/lYiARyOf3j via @LifeZette#WomensMarch feminists = ultimate hypocrisy#MAGA pic.twitter.com/eVuB5JuGIg

Hundreds of thousands of people have used the campaign to share their experience of being sexually harassed or assaulted at some point in their lives.

All I can say is I worked with these women over many months and they went on the record facing career annihilation & re-traumatization. I hope the courage of @AsiaArgento @RoArquette @MiraSorvino @rosemcgowan @AnnabellSciorra @dhlovelife is a model for others struggling to speak. https://t.co/JFJBtlLVwZ

Please don’t forget the 300+ #JamesToback’s victims. People don’t pay enough attention to the harm he’s done to so many women’s lives. Let their stories not be forgotten. I love and appreciate you all @echodanon @JennGraceDeLeo @Starrzila @SelmaBlair https://t.co/bh2dl2lTSX

Too many people want to take merit that they do not have.@Corey_Feldman was the first to report what was happening in #Hollywood and consequently he is the most courageous.#MeToo#CoreysTRUTHCampaign2 #ISTANDWITHCOREY #CoreyFeldman#GoldenGlobes #TIMESUPpic.twitter.com/YmejqYvUm8

Marlene Schiappa, the French minister tasked with cracking down on violence against women, has launched a series of nationwide consultations on drafting a law against sexual harassment that, if enacted, would also extend the statute of limitation for rape.

© CC0
#Metoo Sex Scandal Spares No One: Swedish Church, Royal Family Enter the Fray
In October 2017, a group of French feminists interrupted a retrospective of film-maker Roman Polanski in Paris, with a topless protest against the Franco-Polish director who is wanted in the United States for the statutory rape of a 13-year-old girl in 1977.

Catherine Deneuve and her fellow campaigners believe this to be overkill though.

"This vigilante (online) justice has punished men in their jobs, forced some to resign, when all they did was touch a knee, try to steal a kiss, talk about 'intimate' matters during a work dinner," they wrote.

"We defend the right to pester, which is vital to sexual freedom," they added.

The scandal around Hollywood movie mogul Harvey Weinstein, who has been accused by more than 80 women working in the film industry of sexual harassment and other sex-related abuse, has set off a flurry of similar accusations against powerful men around the world, and led to the ousting of many of them from their positions.

It has also led a great number of women to share their own experiences of sexual assault, harassment, or rape on social media under the hashtag #MeToo.