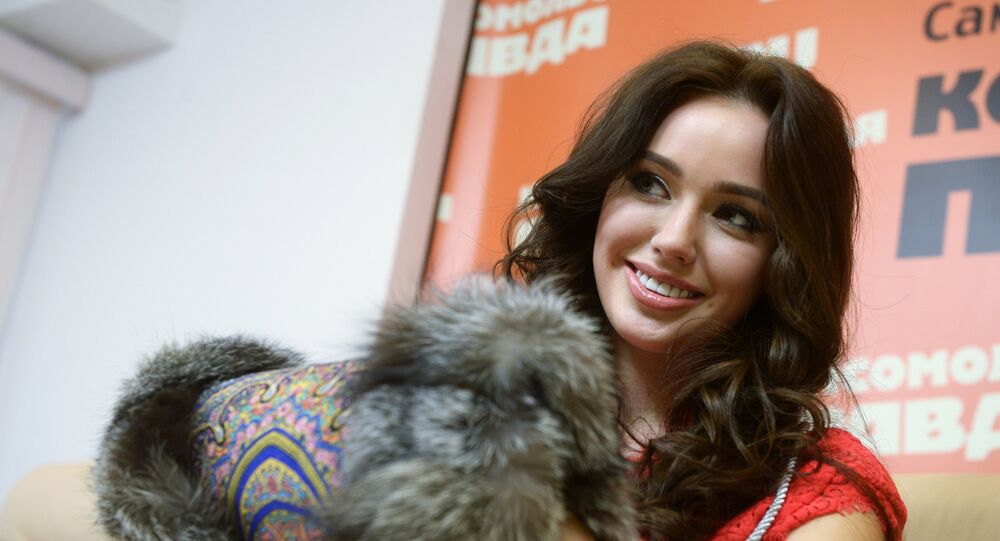 As the FIFA World Cup 2018 in Russia approaches, Sputnik takes a look at the talented and beautiful women related to Russian football. Some of them are wives; some are girlfriends of the footballers, while a few are the biggest fans of local teams. In their own special way these gorgeous ladies influence and contribute to the Russian football.

Take a look at these sizzling hot girls of Russian football.

Katerina, wife of the goalkeeper of the Russian national team and the “CSKA” football club Igor Akinfeev

Igor Akinfeev was named the best goalkeeper in Russia in 2017. His wife Katerina supports him in everything.

Anastasia, bride of the midfielder of “Lokomotiv” club Dmitry Tarasov

In 2014 Anastasia became runner up for Miss Russia beauty pageant. This year she and her football star fiancé Dmitry Tarasov are planning to tie the knot.

Tatyana, wife of the goalkeeper of the “Ufa” football club Alexander Belenov

Last year the goalkeeper of "Ufa" Alexander Belenov married Tatyana, who immediately took his surname. The girl constantly goes to stadiums to cheer for her husband, and they spend all their free time together.

Andreas Granqvist became Sweden's best football player at the end of 2017. His family resides with him in Krasnodar, with his wife Sofia always by his side to support him.

Valeria, bride of midfielder Joaozinho of the club "FC Krasnodar"

Soon Valeria will give Joaozinho the gift of a lifetime; she will become the mother of his child. The couple are planning to tie the knot, but till then Valeria is seen at almost all the matches where her beloved Brazilian plays.

The model Alina Chusalina started a social media trend to support Kuban Krasondar when it was going through serious financial crisis. Alina’s photo, in which she held up a poster “Live Kuban”, generated over 10,000 likes. The club managers also received a large sum of money. Now the club is thriving and Alina is rejoicing in its success.

Supermodel Xenia Deli donated 1 million rubles to a poor fan from Krasnodar, Uncle Misha, to build a house. She personally flew from LA to meet with him and donate the money. Her kind gesture was met with thousands of “likes” and generated good publicity for Krasnodar.

2018 FIFA World Cup Players to be Created of Porcelain