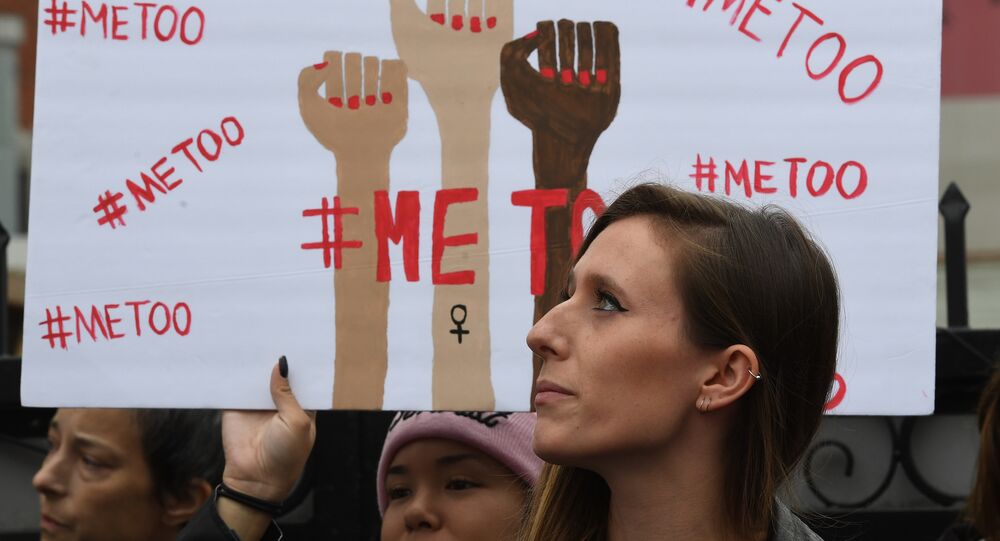 A group of highly-influential women has established a legal defense fund which has already raised over $13 million. The money will be used to cover legal costs for victims of workplace sexual harassment.

More than 300 Hollywood female stars have launched an initiative to help fight sexual harassment in the movie industry and in less prominent workplaces.

The action, called Time’s Up, was presented in an advert in The New York Times as a "unified call for change from women in entertainment for women everywhere."

"We fervently urge the media covering the disclosures by people in Hollywood to spend equal time on the myriad experiences of individuals working in less glamorized and valorized trades," the group said in its open letter.

Proud to be one of the 300+ plus women across film, tv, and theater in today’s NY Times & La Opinion calling for the end of sexual harassment of women across all industries — #TIMESUP- donate to the 13 mil backed Times Up Legal Defense Fund now https://t.co/9qaN42VgHv — #2018 👊 pic.twitter.com/wo8TWF5mm6

​As for the movie industry, the group says it remains committed to "holding our own workplaces accountable" and will push for change to make Hollywood a "safe and equitable place for everyone."

© AP Photo / Jordan Strauss/Invision/File
Harvey Weinstein's Ex-Assistant Praised on Social Media for Breaking Silence on Rape Allegations
The campaign, which is backed by hundreds of actresses including Natalie Portman, Nicole Kidman, Reese Witherspoon and Scarlett Johansson, comes in the wake of a high-profile sexual harassment scandal which started with allegations against Hollywood producer Harvey Weinstein and has hit a number of prominent names in the film industry, in the media and in politics.

The group has established a legal defense fund, which has already raised $13.4 million of its $15 million goal aimed at providing legal aid for women and men who are the subject of sexual harassment in the workplace.

It has also vowed to push for changes in legislation to battle workplace harassment and discrimination.

The campaign has drawn broad support on social media, including from a number of prominent people and celebrities.

Time's up on silence. Time's up on tolerating. I stand with women across every industry to say #TIMESUP on abuse, harassment, marginalization and underrepresentation. Sign the statement of solidarity & donate to @timesupnw Legal Defense Fund: https://t.co/l2TQSC5N5g pic.twitter.com/JvOOq0aXms

i️ signed this letter of solidarity to stand with women across every industry saying: #TIMESUP.… https://t.co/wazikj0o27

Men! Lets come together and show that we are #ManEnough to stand in solidarity with our sisters to say #TIMESUP. Sign the statement below. Donate. 👇🏼🙏🏼❤️ https://t.co/2Z3N8uPmmL

Women-fronted films are the top three highest-grossing films of 2017. Now what was that you said about no one wanting to see films starring women? #TimesUp

No more accepting sexual harassment and inequality at work as normal. It's NOT normal. #TIMESUP https://t.co/BkTs0yRxaQ pic.twitter.com/8gp0ojb5FW

Women are 51% of the population & it is time for us to demand at least 51% of the respect, pay, benefits, political power & opportunity! It's time for all victims of harassment & abuse to be heard & supported. #TIMESUP on tolerating less than we deserve! pic.twitter.com/Kr79bPgTqT

I believe there gonna be a change as loads of women spoke up. Moreover, women are continuing to tell and share their stories. Also, anti-harassment action plans established by powerful women of Hollywood which, I believe, will take the spotlight. #TIMESUP

​In December, Time magazine nominated the "Silence Breakers" – a group of women who started the anti-harassment campaign with the hashtag #MeToo – as its Person of the Year for 2017.

#MeToo has been used millions of times in over 85 countries, exposing harassment at the heart of Hollywood and groping and assault across the globe in every walk of life.