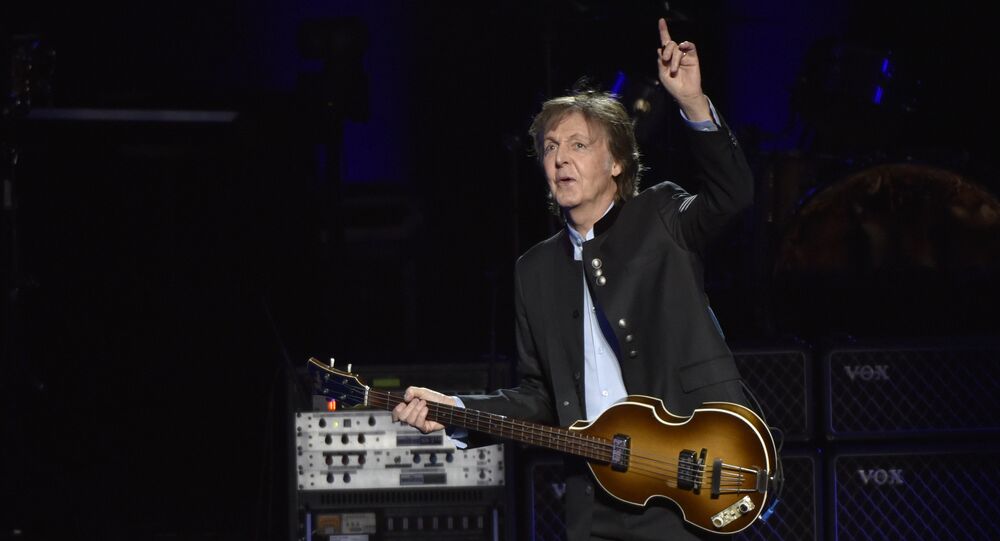 The Salvation Army in Australia came under fire Thursday after the daughter of the charity leader was found to have been handed two tickets to a Paul McCartney concert that were meant to be given to the homeless.

© Photo : Facebook/Pelastusarmeija
Finnish Salvation Army Dresses Ex-President as Vagrant to Protest Injustice
According to Nottle, the seven McCartney tickets, which were donated by Victoria resident and Salvation Army supporter Chris McDonald, were initially given to the homeless, but two of the takers returned the tickets roughly four hours before the December 5 show because they were unable to attend.

"At the last minute, two tickets were returned and [a manager] made the decision to give them to my daughter [Ash Nottle]," Nottle told 3AW. "It had absolutely had nothing to do with me."

"The manager did the ring-around of other homeless people and volunteer staff and wasn't able to move them because it was so late," he added.

With no one to snatch up the opportunity to witness the gloriousness of the "Hard Day's Night" singer, Nottle's daughter ultimately accepted the tickets under the premise that she would be attending the show in order to "look out for" the five homeless people who chose to attend the event, the Guardian reported.

The second extra ticket was used to bring Ash's partner.

Admitting that tickets were probably not the greatest of ideas, the chief noted that McDonald would be reimbursed for them. He also said concert tickets probably weren't a suitable donation for the homeless.

"When you're working with homeless people, to be blunt, do homeless people need tickets to Paul McCartney or do they need a roof over their head?" Nottle said. "We are not Ticketmaster, we are not concert promoters, we don't do that stuff and we get it wrong sometimes."

The incident is going to be a lesson for the organization, he said.

© AP Photo /
Rare 'Holy Grail' Beatles Record May End Up 'Back in the USSR'
"The tragic thing is the daughter that's involved is one of the most giving people I know. In this work, you don't do this stuff for the kickbacks," Nottle added.

Despite the ticket disaster, McDonald told Fairfax Media that he would continue to support the charity and that the organization does "an awful lot of good for people and for the homeless."

"I have been a recipient of their relief so I know how important the work they do is, but the golden rule is never to dip your hand into the donations — it calls the integrity of the entire organization into dispute," McDonald said.

McDonald told The Age that he spent more than a year saving up to buy the tickets, which had a total cost of $2,350.

Russian Airline Pledges to Sell Tickets For Less Than $0.1 During 2018 World Cup