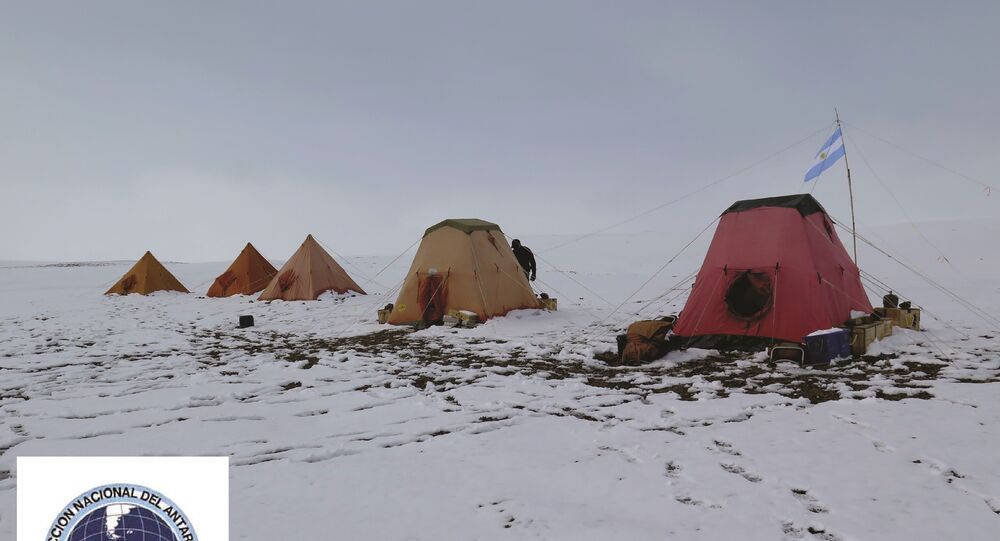 A team of Argentine scientists made an important discovery in a remote part of the Antarctic Peninsula: fossils of a plesiosaur, a marine reptile of the Jurassic period, the oldest recorded on this continent.

The discovered fossil is over 150 million years old. Dr. Juan Patricio O'Gorman, researcher at the National University of La Plata, explained to Sputnik Mundo that the main importance of the discovery lies in the fact that the period of the presence of plesiosaurs in Argentina is thus extended by 80 million years.

Until now, scientists have found the remains of fossils belonging to the Cretaceous period (66.4-145 million years ago), but recently they discovered fossils that belonged to the Jurassic period (145-201 million years ago).

Paleontologists discovered "a small part of the body," consisting of "several dorsal vertebrae and ribs."

"This was a living creature of six to seven meters in length, it was a plesiosaur of medium size," O'Gorman, who specializes in the marine environment of the Jurassic period, told Sputnik Mundo.

The scientist further said that they discovered a huge variety of Jurassic fossil fish that will significantly contribute to and improve the knowledge about the fauna of the Jurassic period in Antarctica.

Talking about making this unique discovery, the scientist said, "It was a great joy. We knew that we could find marine reptiles, but it was really something amazing.”

Antarctica is of particular importance for ancient discoveries, since it is an "almost unexplored zone."

© REUTERS / Courtesy ESA
Massive 100-Mile Iceberg Breaks Off Antarctica, Reveals Worrying Glacial Retreat
During the Mesozoic era, it was part of the continent of Gondwana, which was associated with Australia, Africa and South America.

Earlier, a hypothesis was put forward suggesting that the Jurassic plesiosaurs found in the Argentine province of Neuquén came there through a bridge that used to exist between Africa and Antarctica.

"The material that we have collected can be evidence of this hypothesis," O'Gorman said.

He is confident that with the support of the Argentine Antarctic Institute he will be able to continue researching this hypothesis and linking together the plesiosaurs found in other regions of the world such as Africa or India.