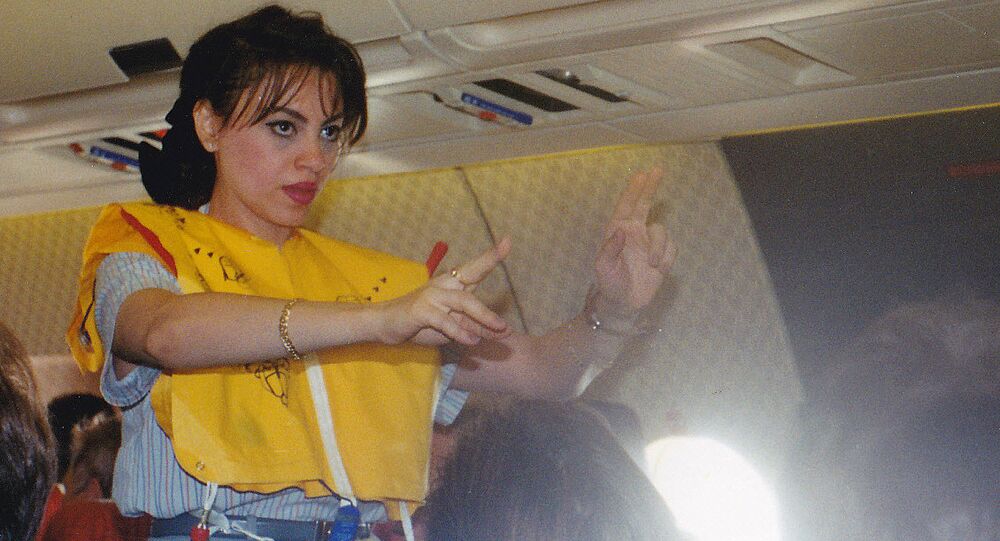 Egyptian lawmaker Galila Othman is concerned over the appearance and "proper weight" of some of the female EgyptAir flight attendants.

A union of Egyptian flight attendants has dubbed as "discriminatory" comments by lawmaker Galila Othman over the weight and age of the national carrier's employees.

In a statement issued on Monday, the union has called on the lawmaker to stop "offending working people" and helping them deal with their concerns instead, noting that medical fitness is the chief job requirement for the office.

"If the honorable member of parliament does not see discrimination against women, then the union calls on her to kindly first implement her suggestions at Parliament, since it is the face of Egypt," the union added.

© REUTERS / Mark Makela
‘Lost Count of the Number of Men She Slept With': Miss America CEO's Slut-Shaming Emails Leaked
Earlier this week, Othman said that the civil aviation minister should be questioned in parliament over the appearance and weight of female EgyptAir flight attendants.

In an interview with the Associated Press, Othman said, "We need dress and weight codes. They shouldn't work until they are 50. We should move them to other jobs."

Shaming and Blaming: US Ambassador to UN Pretending to Be 'Mother Teresa'