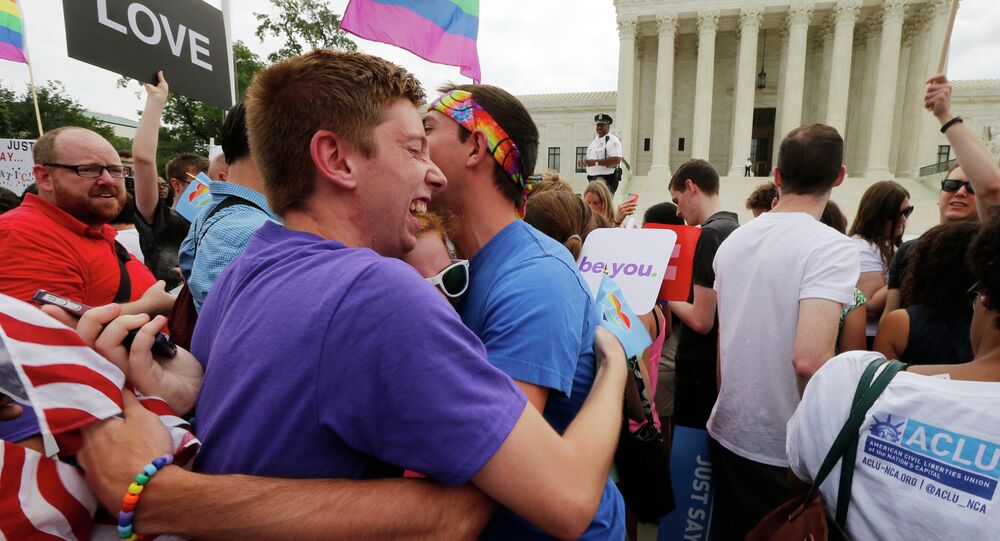 New findings reveal that the more older brothers a man has, the more likely he is to be gay. Scientists believe this is due to the “fraternal birth order effect,” which involves the development of certain antibodies in a mother’s immune system.

According to research led by Anthony Bogaert at Brock University in Canada, women who become pregnant with boys also develop antibodies that specifically target a protein that is made by the Y chromosome — one of the two sex chromosomes in mammals.

The study, titled "Male Homosexuality and Maternal Immune Responsivity to the Y-Linked Protein NLGN4Y," was published Monday in the Proceedings of the National Academy of Sciences journal.

The antibody levels of two proteins expressed in the male fetal brain, PCDH11Y and two forms of NLGN4Y, were measured.

The study, however, explicitly excluded mothers of bisexual sons and of adult transgender individuals, and classified three mothers with "gender-dysphoric" sons as mothers of gay sons (because researchers predicted these sons would be likely to identify as gay men as adults). It does not seem to have taken into account current understandings of the nuances of gender and sexuality.

The researchers noticed that gay sons, particularly those with older brothers, had much higher antibody levels of the two forms of NLGN4Y than any other participant group. The scientists suspect that when the Y chromosome enters a woman's body after her first pregnancy with a boy, her body develops antibodies against the chromosome, which can cross the placental barrier and seep into the fetus' brain if she becomes pregnant with another boy.

"It seems that some women during their first male pregnancy, or just after their first male birth, begin to detect this foreign substance [the NLGN4Y protein] and start to develop an immune response. And then later, with further male pregnancies, the high levels of antibodies directed toward this substance may change brain development in these later born males," Bogaert explained.

This new finding suggests that the older brother effect has an immunological and maternal development explanation, especially because researchers did not see similar results in families with adopted brothers. In addition, the research does not provide a biological origin for why some men are bisexual, gender-dysphoric or asexual.

"The implications of this study, especially if and when it is replicated by an independent team, are profound. Along with more deeply understanding the exact origin of the older brother effect, it helps solidify the idea that, at least in men, there's a strong biological basis to sexual orientation."

However, psychologists believe that the probability of a male child being born gay is still small, even if they have multiple older brothers.

"The vast majority of men with older brothers are still heterosexual, but it says something very broad about sex and gender development," Bogaert said.

The study reaffirms the belief that genes alone do not explain homosexuality and that there are immunological factors that biologically influence sexual orientation.

"This is the culmination of more than 20 years of research when we started looking at the older brother, or fraternal birth order, effect. The current study adds to the growing scientific consensus that homosexuality is not a choice, but rather an innate predisposition," Bogaert said.