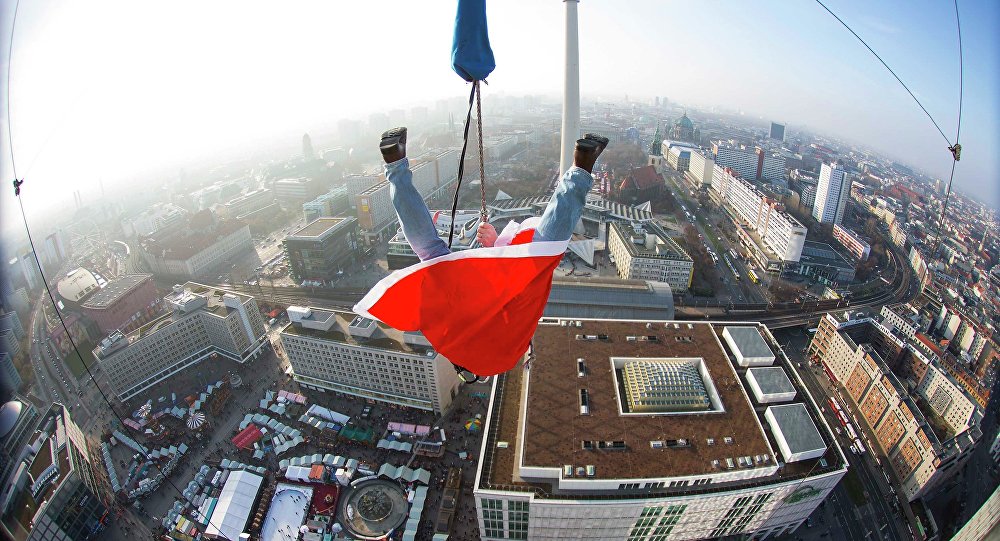 On Saturday, a skydiving Santa hoping to make a special entrance while taking an Elf on the Shelf toy to a nine-year-old girl crashed into a tree and light pole and landed on a Gulfport, Florida, beach.

Inside the Santa outfit was George Krokus, an experienced skydiver who was delivering toys to an Operation Santa charity volleyball tournament hosted by the Tampa Bay Beach Bums, a local volleyball club.

Screenshot/LiveLeak
‘You Don't Even Have a F**king Sleigh': Canadian Woman Brutally Calls Out Mall Santa (VIDEO)

In the video, Krokus is seen slamming into a pole and a tree and landing on the sand, to the horror of nearby onlookers. He was rushed to Bayfront hospital, where he underwent surgery on his tibia and fibula.

"After giving us a HUGE scare as he hit the tree and pole… with concerns that far more damage could have been done… we have good news that G is now out of surgery, in good spirits and recovering in the hospital with release expected Tuesday. It appears that only his leg was broken (both tibia and fibula… one of the worst breaks ever seen by medical personnel on site) but over time, he expects to make full recovery," Dominic wrote.

According to Bay News 9, the Elf on the Shelf that Krokus was delivering, named Kristoff, also ended up with a damaged leg. Krokus took the elf to the hospital with him, where Kristoff "wrote" a letter to the girl, explaining the incident to her.

"As we were about to land this big tree jumped right out in front of us. Don't worry though… now G and I are resting in this hotel that they keep calling a ‘hospital!' G has reservations for a few more days, going to hang out with him so he doesn't feel lonely. See you in a few days. I can't wait!" Kristoff wrote in a letter to the girl.

Kristoff the Elf is expected to make a full recovery as well.