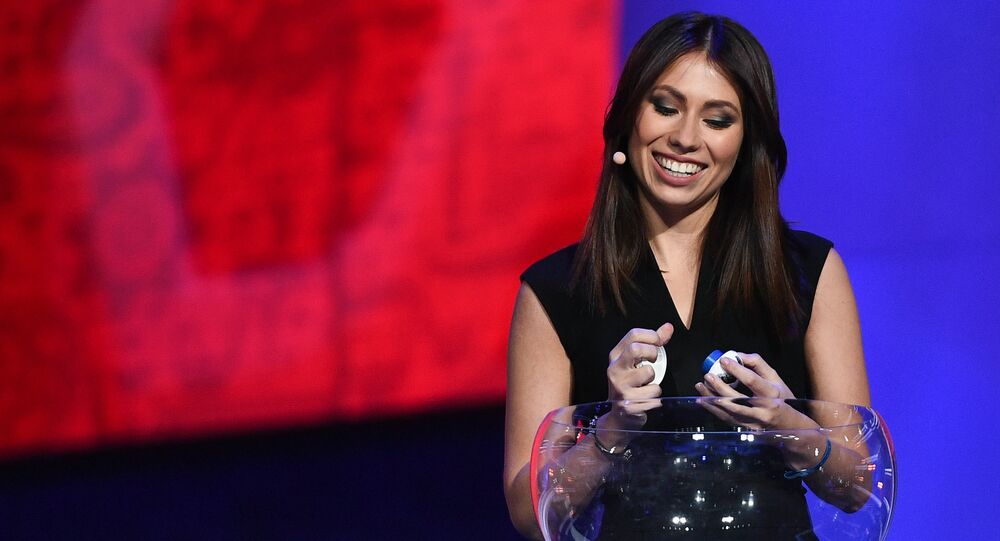 Russian TV presenter Maria Komandnaya responded to the request of Iranian football fans "not to dress too sexy" during the live broadcast of the drawing of the 2018 FIFA World Cup.

On her Twitter post Maria Komandnaya addressed the Iranian football fans asking them if they were happy about her attire during the broadcast.

​Earlier it became known that the Iranian state IRIB channel would have been forced to interrupt the broadcast, if the host of the show is "inadequately dressed." In this regard, thousands of residents of the country asked the journalist to put on an outfit that would not lead to the termination of the broadcast.

Following the request, the journalist and her team promised to dress down for the event.

During the ceremony Komandnaya was wearing a black suit with a shallow neckline with open shoulders.

Many Iranians took to Twitter to thank Komandnaya for listening to their request.

​The draw was held in Moscow on Friday. The Russian national team was placed in Group A with the teams of Egypt, Saudi Arabia and Uruguay.