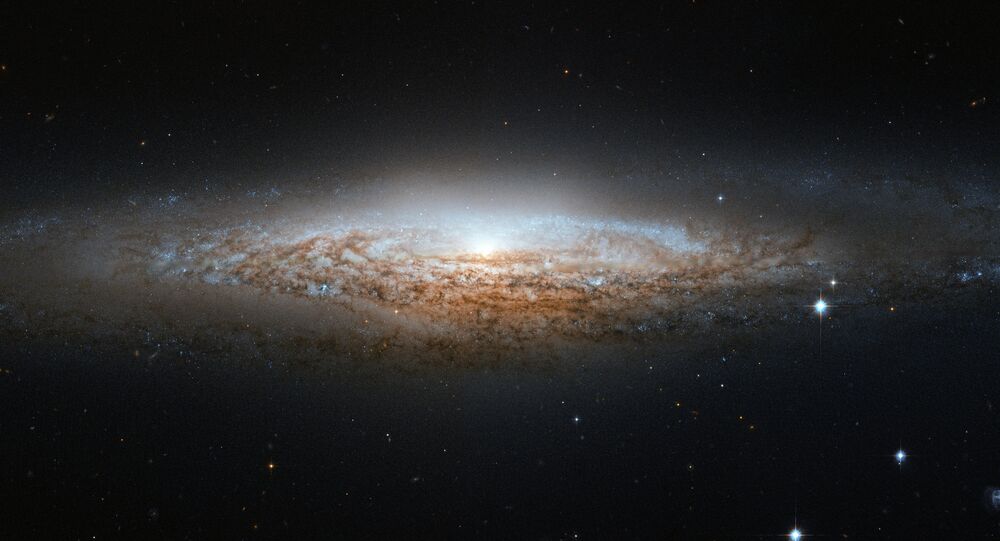 Scientists have discovered a planet that they thought could not exist, as its stratosphere is full of carbon monoxide and it has no water at all. This discovery suggests that the planet might have formed in a completely novel way unlike any other planet known to man.

"The composition of WASP-18b defies all expectations," said Kyle Sheppard of NASA’s Goddard Space Flight Center. "We don’t know of any other extrasolar planet where carbon monoxide so completely dominates the upper atmosphere,” The Independent reported the scientist as saying.

NASA/JHUAPL/SwRI/Alex Parker
NASA’s Getting Closer to Discovering Mysterious Planet Nine
With the help of the Hubble space telescope the scientists observed the “spectral fingerprints” coming from the distant planet and saw that the materials did not match any materials that they expected to see.

“The only consistent explanation for the data is an overabundance of carbon monoxide and very little water vapor in the atmosphere of WASP-18b, in addition to the presence of a stratosphere,” said Nikku Madhusudhan, a co-author of the study from the University of Cambridge.

He added that this rare combination of factors “opens a new window into our understanding of physicochemical processes in exoplanetary atmospheres.”

The scientists hope that with the expected launch of the powerful James Webb Space Telescope they will find out more about WASP-18b and other planets like it.