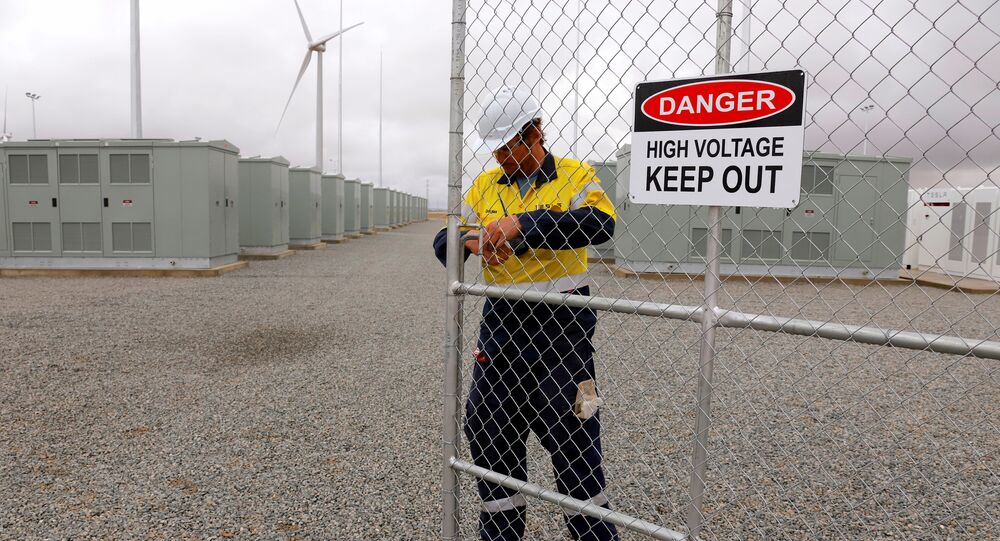 Tesla’s chieftain Elon Musk has delivered on his bold promise to build a new storage solution within 100 days – a move that the South Australian public met with applause following a number of frustrating blackouts across the country, including a nationwide one last year.

The 100-megawatt Powerpack battery, connected to a wind farm in South Australia, is finally operational. It can boast of having the capacity to supply 30,000 households for just one hour, which is far ahead of any other contemporary battery system.

"South Australia is now leading the world in dispatchable renewable energy," the country’s premier, Jay Weatherill, said while taking part in the launch on Friday. "This is history in the making."

​Tesla said it hopes the project "provides a model for future deployments around the world."

The US electric car company was awarded a deal to build the battery earlier this year coupling efforts with French renewable energy firm Neoen.

The move is seen as part of a nationwide program to address electricity issues at large, since Australia’s citizens have suffered from a number of grid blackouts; one following a massive heatwave in February 2017; another one in the aftermath of a huge storm back in 2016.

Tesla's mega battery in Australia may have come at a really good time https://t.co/2FKrZwKOrk pic.twitter.com/vj9Mr2mRtx

​Earlier on Twitter, Musk exchanged comments with Australian billionaire Mike Cannon-Brookes and vowed to meet a 100-day deadline from the date of signing or build the battery complex for free.

With the electricity storage facility appearing in media reports this week, Musk accomplished his vow and launched the cutting-edge facility during peak demand hours, to the locals' astonishment.

Tesla builds 100 MW li-ion battery in just 60 days. Report by BBC news. Solar panel prices dropping and soon energy- storage (battery) prices will drop. No need for nuclear. And soon there will be no need for coal power plants.

​​One of Tesla’s biggest rivals in the field is Hyundai Electric & Energy Systems, as its e-storage complex, twice as big as Tesla’s, will be set up in South Korea early next year.