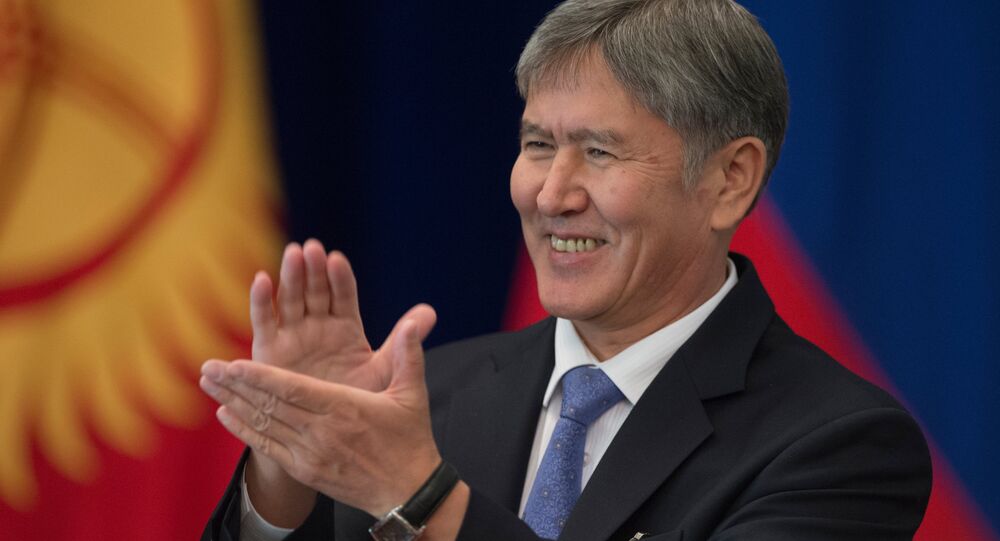 Internet users now have the chance to listen to a new song written by former Kyrgyz President Almazbek Atambayev, who stepped down on Friday, and watch the accompanying music video, which has been posted on YouTube.

The romantic melody, which is called "An Autumn Waltz," is performed by Kyrgyz singer Kairat Primberdiev, a local finalist in the vocal talent show Glavnaya Stsena (Main Scene), a Russian analogue of the X Factor.

Netizens took a liking to the tune, and the music video made a real splash on social media. Many comments noted the beauty of the Kyrgyz lyrics and the wonderful music, which were written by the country's former President Almazbek Atambayev.

"The words are wonderful, the performance is magnificent and the video is top class!" wrote user Pretty Smart.

Crystal Dancer also complimented the singer, noting that the ex-president might have written the song for his particular vocal capabilities.

Many wrote that the melody was very beautiful and even touching.

The former Kyrgyz leader, who stepped down on Friday, became well-known as a singer-songwriter last year, when he released a number of guitar ballads, including one dedicated to his mother, which, as one of the users noted in the comments, "has made a good mother weep."

Internet users seemed to welcome the songs of their ex-president and music videos which featured him playing the guitar and singing in the Kyrgyz language.