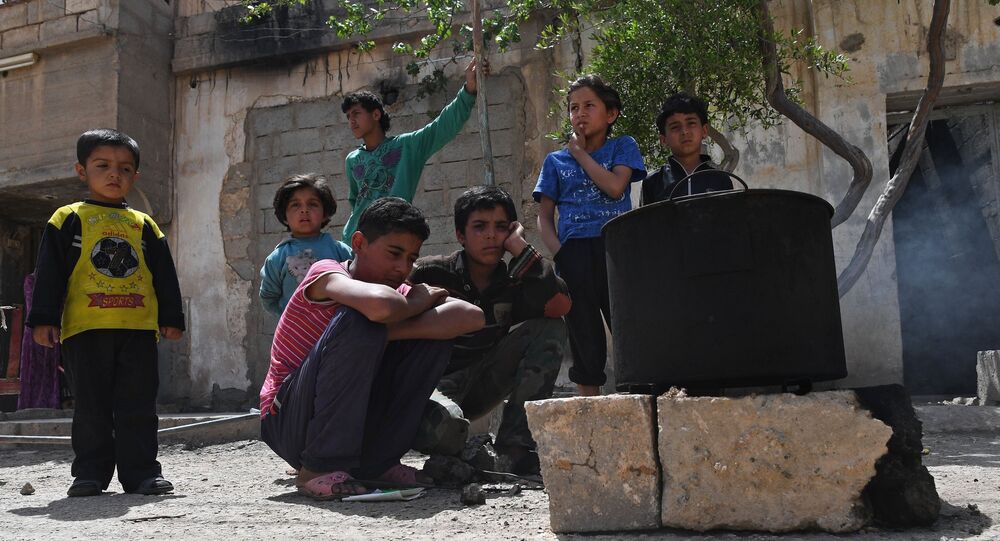 The Tok project has published a video clip on its Facebook page dedicated to the UN-designated day set aside for raising awareness of children-related issues.

Taking part in "the War is children deprived of the future" video was Russia's Margarita Mamun, the Olympic all-around rhythmic gymnastics champion.

"More than 500 million children currently live in war or humanitarian crisis zones across the world.  It means that every fourth child on our planet starves and cannot get medical aid and education. Will we be able to present them with the future they are dreaming of?" the clip's subtitles said.

The World Children's Day was established by the UN General Assembly in 1954. The goal is to draw attention to the issue of kids' well-being around the globe.