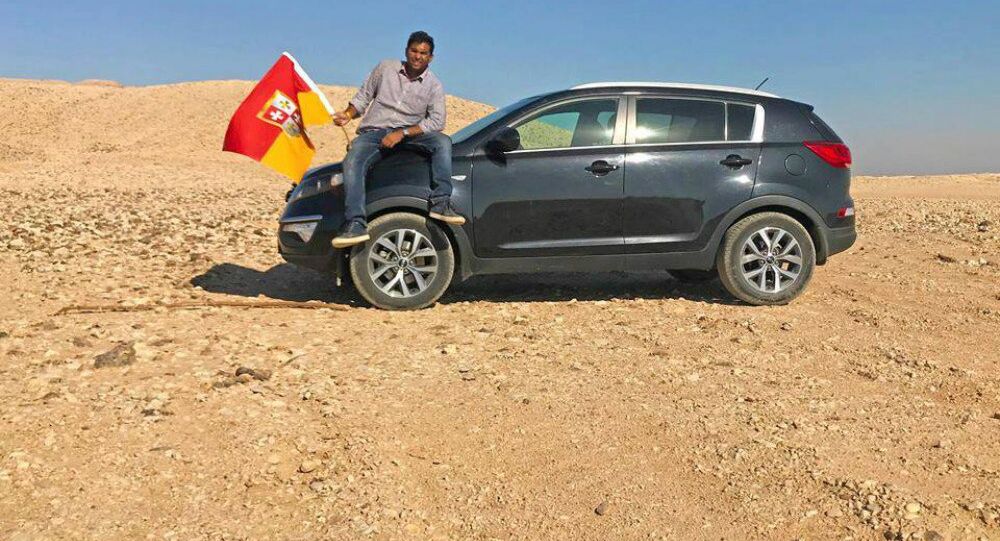 While some people argue over who will eat the last slice of pizza, there are others who argue over kingdoms. Bir Tawil is a no man’s land in Africa, and there are a bunch of people from around the world who believe that they are the rightful owners of this land.

A rectangular piece of land with an area of 2,060 square kilometers, bordering Egypt in the north, and from the west, south and east with Sudan, was a no man’s land as the two countries that were closest to it abandoned their claims. Bir Tawil was named in honor of a now non-existent water source.

On November 7, an Indian man, Suyash Dixit, proclaimed himself the king of Bir Tawil. Before Dixit, in 2015, an American citizen named Jeremy Keaton called the land the Kingdom of North Sudan and wanted to make his daughter a princess.

© REUTERS / Philimon Bulawayo
Russian Deputy PM Says Zimbabwe Crisis Unlikely to Hinder Investment in Africa
Later that year, a Russian named Dmitry Zhikharev said that Keaton had no evidence of visiting Bir Tawil and therefore could not be the king, thus Zhikarev declaring himself the rightful king of the land; he called it the Kingdom of Middle-Earth.

However, after Zhikharev heard that the Indian man was trying to take over his kingdom, Zhikarev wrote a letter to TJ Journal explaining how he is the rightful owner and that he already has a valid passport and plans to go to Bir Tawil for the third time.

He also brought up arguments as to why he believes Suyash Dixit is not being honest about his trip to the land.

“Mr. Dixit claims that he left Abu Simbel at 4 am. Looking at the satellite images of that area, you would immediately discover a 10 km gap between Abu Simbel and the other side of the Nile River. To get to the other side of the Nile to where you could theoretically continue the path towards Bir-Tawil, you need to cross the Nile by ferry,” Zhikarev wrote in his letter to TJ Journal.

© AFP 2021 / SAID KHATIB
Egypt Opens Rafah Border Crossing With Gaza Strip for 3 Days - Reports
He also highlighted that to travel through Sudan, Dixit would have required a Sudanese visa and the roads from Egypt towards Bir Tawil do not exist as that is a mountainous region, so Zhikarev believes the photos of Dixit where he is standing next to his car are actually fake.

Talking about the claim that Dixit made regarding crossing into Bir Tawil through Egypt, Zhikarev told TJ Journal that that’s a lie because the Egyptian military has an order to fire at any moving target without warning.

“This means that in order for one of the foreigners to visit the area, they must first meet with the local head of the Egyptian Army and the head of the Egyptian police to obtain such permission. It is highly unlikely that such a permit would be issued. We know this very well, because we ourselves tried to get it,” Zhikarev wrote in his letter to TJ Journal.

He believes that after an unsuccessful attempt to get to Bir Tawil, Dixit did the same trick as another so-called "applicant," US farmer Jeremy Keaton, who took some pictures in the Egyptian desert near El Shalatin.

Zhikarev requested TJ Journal get to the bottom of this situation by asking Dixit to provide the images he took with a geotag or with the complete GPS tracking of his trip.

Mass Destruction: Why Old Chinese Nuclear Reactors in Africa Must Be Upgraded