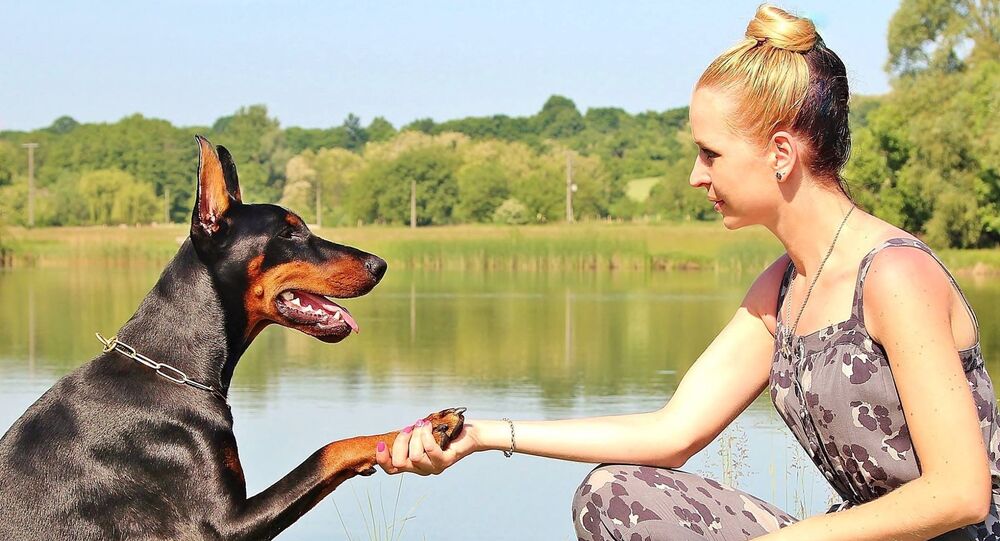 The phrase “a dog is a man’s best friend” has taken on a new meaning as a study conducted by scientists at Uppsala University has revealed that dog owners on average live longer than other people.

Researchers have concluded that having a canine companion at home reduces the risk of cardiovascular disease, especially for people who live alone, by 36 percent.

For people who live with family members the risk of dying from a heart disease is reduced by 15 percent.

The findings come from a study of more than 3.4 million people in Sweden. Those who took part in the study, who were between the ages of 40 to 80, were followed for up to 12 years. Just over 13 percent had pet dogs.

“We see effects in the single households that are much stronger than in multiple-person households,” she said. “If you have a dog you neutralize the effects of living alone,” Tove Fall, a professor of epidemiology at Uppsala University, was reported by The Guardian as saying.

© CC0
Good Boy! 'Aggressive' Dog Saves Woman From Hooded Rapist in English Park
The reason for these pooches having such a positive effect on their owners lies in the fact that dogs need to go for walks and that results in owners having a more active lifestyle.

Furthermore, animals are helpful in reducing stress for people who live alone and companionship proves healthy, as it provides people with social support.

One key question is whether dogs protect humans against heart disease by reducing blood pressure or through some other effect. “It may be that dog owners like to be outdoors more, or are more organized, or more empathic,” Fall said.

Earlier neurophysiologists found out that dogs understand intonations in speech and communicate with people not only for food, but also to receive attention and positive emotions.

Surf's Up! 70 'Pawticipants' Conquer Waves at Surfing Competition for Dogs

Dogs in Mumbai are Turning Blue, Blind, Thanks to Industrialization