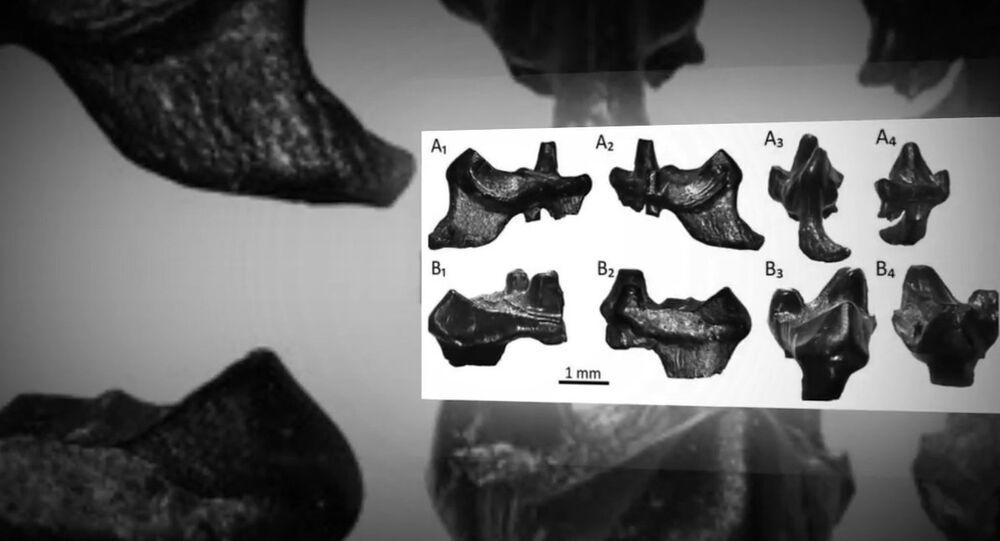 Two teeth belonging to a small, rat-like creature that lived 145 million years ago have been discovered on the Jurassic Coast on Dorset in Southern England.

They are the earliest fossils of mammals belonging to the line that led to human beings. “They are also the ancestors to most mammals alive today, including creatures as diverse as the Blue Whale and the Pigmy Shrew,” the online magazine Heritage Daily reported.

An undergraduate student, Grant Smith from the University of Portsmouth made the discovery. The findings were published in the Journal, Acta Palaeontologica Polonica, in a paper by Dr. Steve Sweetman, who is the Research Fellow at the same university.

“Grant was sifting through small samples of the earliest Cretaceous rocks collected on the coast of Dorset as part of his undergraduate dissertation project in the hope of finding some interesting remains. Quite unexpectedly he found not one but two quite remarkable teeth of a type never before seen from rocks of this age. I was asked to look at them and give an opinion and even at first glance my jaw dropped!” Sweetman was reported as saying by the publication.

© CC0
Ancient Sea Monster: 150 Million-Year-Old Fossils Discovered in India (PHOTO)
According to the professor, the teeth are of a type so highly evolved that it indicated the remains of Early Cretaceous mammals that more closely resembled those that lived during the Late Cretaceous – some 60 million years later in geological history.

The mammals are believed to have been small, furry creatures and most likely nocturnal. One, a possible burrower, probably ate insects and the larger may have eaten plants as well.

Grant in turn said that he knew he was looking at something mammalian but didn’t realize he had discovered something quite so special.