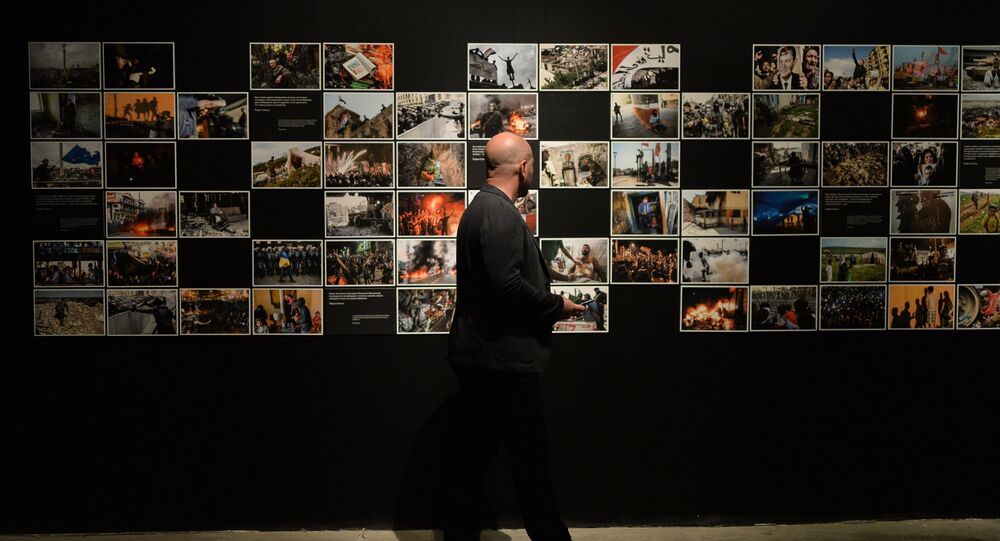 The winning entries from the 2017 Andrei Stenin International Press Photo Contest will go on display in Cape Town, South Africa, on November 7-12 at Eclectica Contemporary at 69 Burg Street. Admission will be free.

Their pictures capturing events in the political life of both countries made up part of the bright kaleidoscope of topics that concern young photographers. The exhibition features over 50 photos, including “Migrants in Belgrade,” a piercing story about people with a lost future by Spanish journalist Alejandro Martinez Velez*; the “What?”** photo series by Italian photographer Danilo Garcia Di Meo about the courage and the will to live of a young Italian woman Ambra; the black-and-white chronicle “Playing in the Dark”*** by Pavel Volkov about Paralympian football player Sergei Mangos; and Silent Howl****, an unbiased story of MD Shahnewaz Khan from Bangladesh about children who are forced to work so that their family can survive.

“The exhibition of winning entries from the Andrei Stenin International Photo Contest brings together the best in photojournalism by young visual storytellers from around the world, including South Africa. As a photojournalist from Africa, in particular South Africa, who is closely involved with newspaper photography as a Photo Editor, I am convinced that the contest will not only encourage young photojournalists to tell the stories of Africa, its people and their hope and aspirations, but also providing global exposure and international awareness to it,” Landsberg stressed.

**1st place in the Portrait. A Hero of Our Time. Series category

**** 3rd place in the Portrait. A Hero of Our Time. Series category, special prize from the Al Mayadeen TV channel, a media partner of the contest

The exhibition is part of an international tour launched in early September in Moscow. The goal of the Andrei Stenin International Press Photo Contest is to support young photographers and raise public awareness of modern photography and its purpose. The competition provides an opportunity for talented, sensitive and open-minded photographers to draw public attention to the events around us. The contest is organized by Rossiya Segodnya under the auspices of the Russian Federation Commission for UNESCO.