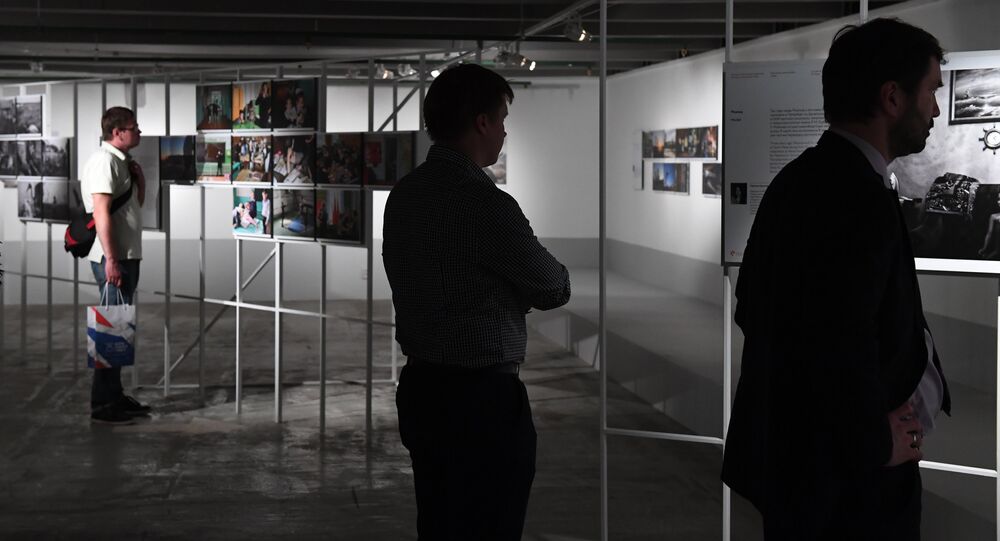 Andrei Stenin Photo Contest to Make a Stop in Warsaw

Poland will be the next venue after Madrid to host the exhibition of the winning entries of the 2017 Andrei Stenin International Press Photo Contest, organized by the Rossiya Segodnya media group.

About 30 photos by the world’s best young photographers will be on display on November 4-17 at the Russian Center for Science and Culture at 25 Belwederska Street. The exhibition will be open on weekdays from 9am to 6pm and will be free of charge.

"We are glad that the road show of the Andrei Stenin international press photo contest is finding new venues and new audiences. It is symbolic that all of the winning entries of this and previous years' competition are united by one thing — love and devotion to the profession, the striving to tell the truth by means of photography and the desire to promote international photojournalism."

The exhibition will feature photos on the most important topics and issues that concern young photographers today, including the migrant crisis, humanitarian aid to refugees affected by wars, social support for children with developmental disorders and problems of people with disabilities.

Among the most striking photos is “Migrants in Belgrade,” a piercing story about people with a lost future by Spanish journalist Alejandro Martinez Velez*; a portrait of a young refugee in the small village of Idomeni on the border with Macedonia by Greek photo journalist Anna Pantelia**, who captured “The European Dream,” the tiny world of a child in a box; and Russian photo journalist Anar Movsumov’s black-and-white photo “Theater Without Borders,” which depicts members of a theater studio for children with Down syndrome.

The winning entries also show fragments of life of ordinary people and landmark events in the life of big cities and countries, sports moments and bright ethnic holidays.

**Bronze award in the category Main News and a special prize For Humanitarian Photography the International Committee of the Red Cross (ICRC), a 2017 Andrei Stenin Contest partner

The exhibition is part of an international tour launched in early September in Moscow. The goal of the Andrei Stenin International Press Photo Contest is to support young photographers and raise public awareness of modern photography and its purpose. The competition gives an opportunity to talented, sensitive and open-minded photographers to draw public attention to the events around us. The contest is organized by Rossiya Segodnya under the auspices of the Russian Federation Commission for UNESCO.

Andrei Stenin Сontest Exhibition to be Put on in Athens