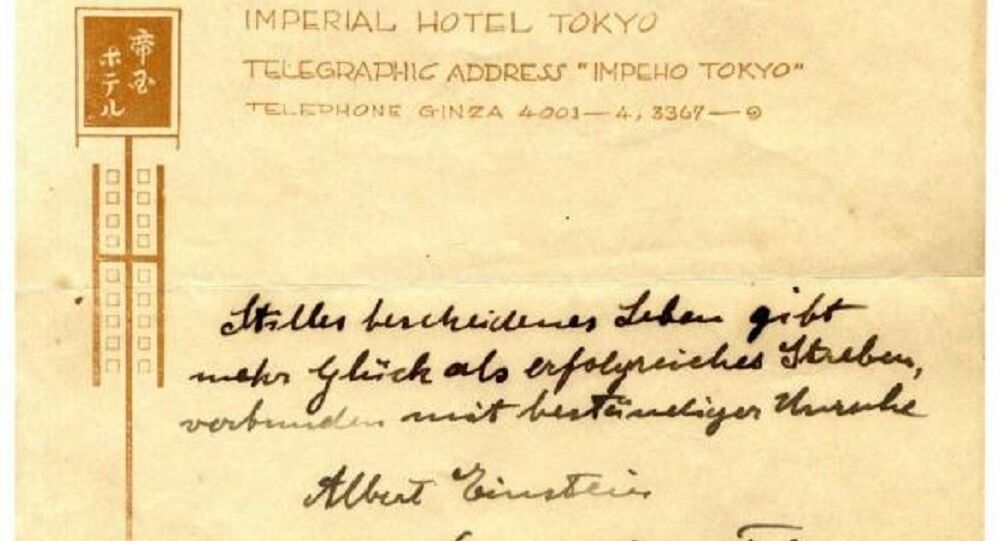 The German-born physicist wrote the note back in 1922 for a courier in Tokyo instead of giving him a tip.

A handwritten note with advice on happiness from the world’s most renowned physicist, Albert Einstein, was sold at an auction house in Jerusalem for $1.56 million.

© Flickr / inefekt69
New Telescope to Challenge Einstein’s Relativity Theory With Black Hole Photos
The German-born physicist wrote the note back in 1922 for a courier in Tokyo instead of giving him a tip.

When the courier came to his room to make a delivery, Einstein did not have any money to reward him with so he wrote him a note saying that maybe one day this note will become valuable. He had just won the Nobel Prize in Physics.

The note, which was written using the stationery of the Imperial Hotel Tokyo, had one sentence, written in German: “A calm and humble life will bring more happiness than the pursuit of success and the constant restlessness that comes with it.”

The buyer of one of the notes was a European who wished to remain anonymous, while the seller was reported to be the nephew of the courier.