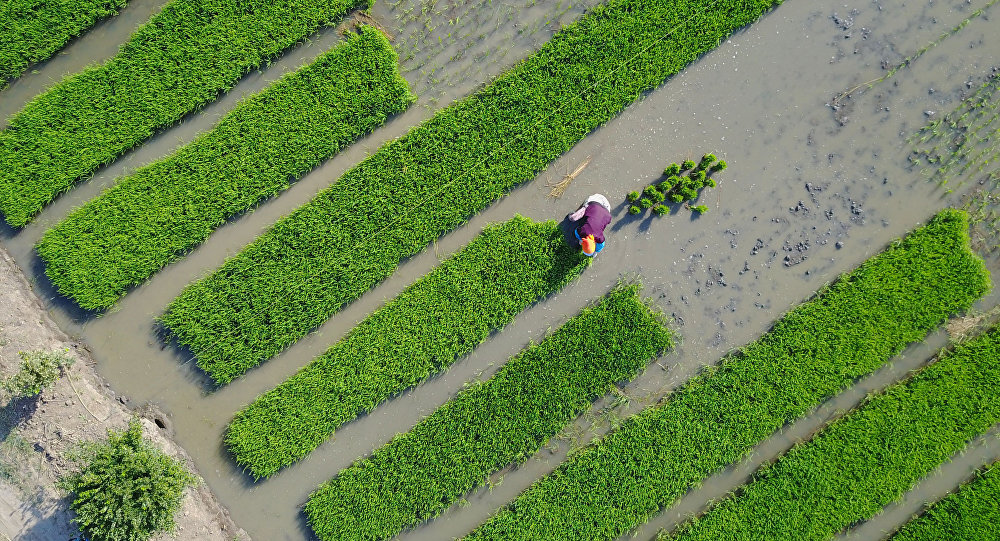 China Develops Saltwater-Tolerant Rice That Could Feed Over 200 Million

Scientists in China at the Saline-Alkali Tolerant Rice Research and Development Center in Qingdao, a coastal city in China’s Shandong province, have successfully grown a strain of saltwater-tolerant rice by pumping, diluting and transporting seawater from the Yellow Sea to rice paddies.

Researchers were pleasantly surprised when the saltwater produced 6.5 to 9.3 tons of rice per hectare instead of the expected 4.5 tons per hectare, suggesting that saline-alkali tolerant rice is ready for commercialization.

Lead researcher Yuan Longping, who is known as the "Father of Hybrid Rice" in China, told the South China Morning Post that cultivation of this saltwater-tolerant strain of rice could feed more than 200 million people in China, which is a boost for China's rice-producing capability.

However, Yuan Mi is expensive, costing $7.50 per kilogram — about eight times the price of regular rice. It is currently being sold in packages of 2.2 pounds, 4.4 pounds, 11 pounds and 22 pounds.

Since August, six tons of the new rice strain have been sold.

Yuan Ce Biological Technology expects to make $1.5 million this year from selling the rice strain and also predicts that prices will fall as production increases.