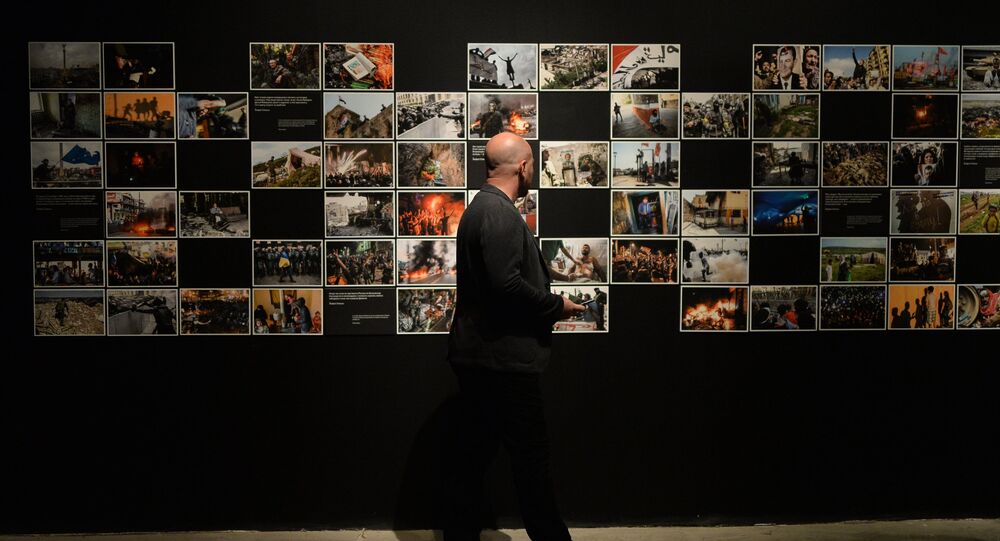 The Andrei Stenin International Press Photo Contest organized by Rossiya Segodnya under the auspices of the Commission of the Russian Federation for UNESCO will present the winning works of 2017 in Shanghai between October 27 and November 5, 2017 in the press tower of the Shanghai United Media Group.

The Andrei Stenin International Press Photo Contest in Shaghai will focus on global humanitarian challenges. The Russian photo contest for young journalists from around the world will bring almost 100 entries to China. Each entry can be considered exemplary in its genre.

Among some of the most remarkable images of the exhibit is Russian journalist Anar Movsumov’s* “Theater Without Borders,” a black and white photo picturing a member of a drama class for children with Down syndrome and other special conditions; a heart-wrenching portrait of a boy from the slums in Nairobi by Chinese photographer Yiheng Cheng; “At Your Fingertimps”, a photo story of victories and overcoming difficulties in one of the most beautiful sports, artistic gymnastics, by Russian Alexei Filippov; a genre portrait “Candy Floss Lady” captured by Kyrgyz photographer Tabyldy Kadyrbekov, and an elegant photo “Selfie Culture” by Jelena Jankovic, and many others.

Shanghai is the fifth stop in the contest’s international tour after Moscow, Istanbul, Krasnodar and Athens. Before the end of the year, the works by the best young photojournalists will have also visited Spain, Poland, South Africa and Mexico.

Prize winner of the 2017 Andrei Stenin International Press Photo Contest commented: “The Andrei Stenin Contest is one of few contests for photojournalists in Russia judged by a prestigious international jury. Many photographers from around the world participate, including, of course, most of the professional photographers in Russia. The story about a drama school for rehabilitation of children with special needs inspired me greatly.”

© Sputnik / Valeriy Melnikov
Andrei Stenin Сontest Exhibition to be Put on in Athens
Alexander Shtol, director of Rossiya Segodnya's Photo Information Directorate, said: “We are glad to see prominent experts from the Shanghai United Media Group on the jury of the Andrei Stenin Contest and hope that it will become a good tradition for this project that supports young photojournalists from around the world. China is one of the leaders in photojournalism and we will be glad to see even more Chinese contestants next year.”

The exhibition is part of an international tour launched in early September in Moscow. The goal of the Andrei Stenin International Press Photo Contest is to support young photographers and raise public awareness of modern photography and its purpose. The competition gives an opportunity to talented, sensitive and open-minded photographers to draw public attention to the events around us. The contest is organized by Rossiya Segodnya under the auspices of the Russian Federation Commission for UNESCO.