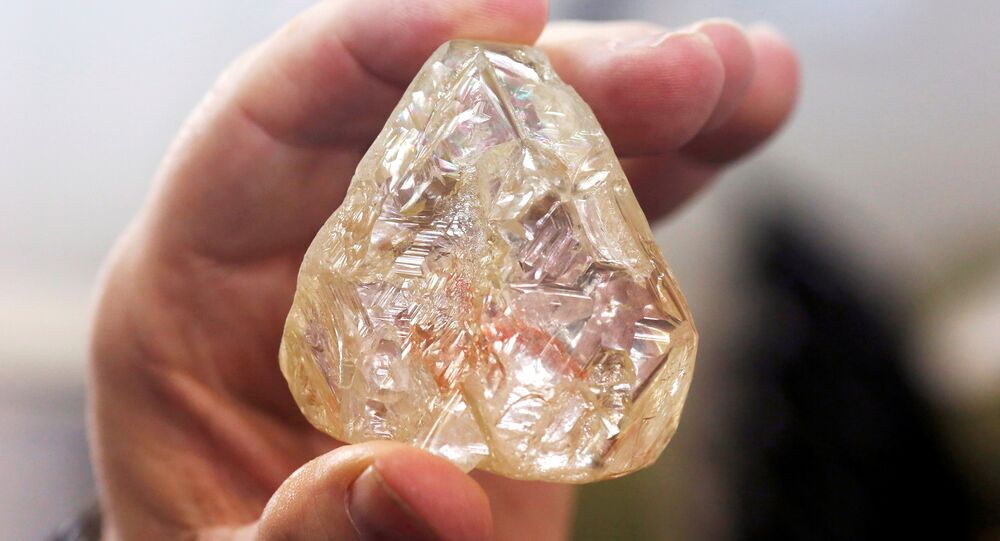 In New York this December, Sierra Leone is hoping to raise millions of dollars for domestic development projects by auctioning off the “Peace Diamond,” an uncut diamond believed to be the 14th largest in the world.

This is the second time the government has tried to sell the 709-carat diamond; it rejected a $7.8 million bid for the gem in May.

More than 50 percent of the proceedings from the diamond will be used to fund clean water, electricity, education and health projects in Sierra Leone.

Many of the projects are planned to take place in the village of Koryardu in eastern Sierra Leone, where the diamond was first discovered by a Christian pastor in March, the Jerusalem Post reported.

"There is a reason God gave these diamonds to the poorest people in the world and made the richest people want them. This is Tikun Olam — Hebrew for ‘correcting the world' — this is making the world a better place," said Martin Rapaport, chairman of Rapaport Group, a network of diamond companies managing the auction.

​In the past few decades, several African countries, including Sierra Leone, have seen violent civil conflicts as rival factions fought each other for diamond-rich territories. This has resulted in the loss of so many thousands of lives that diamonds fueling such wars have become commonly referred to as "blood diamonds," a term popularized by the 2006 film of the same name.

Some 600 People Missing After Landslides in Sierra Leone - Red Cross

Save the Children Employee Among People Missing After Sierra Leone Mudslide

Israel to Provide Assistance to Sierra Leone Amid Deadly Landslides