Vienna Police have stormed a toy store to determine the true identity of a man in a ninja suit, finding out that the man was actually a woman, and the the 'ninja' was really just a costume of a life-size Lego action figure.

According to Austrian daily newspaper Kronen Zeitung, the incident took place at a toy store at Vienna's railway terminal. Police, informed of a possible infraction of Austria's recently-passed anti face-covering laws, entered the store and told the ninja to remove his mask. The 'lawbreaker' turned out to be a female advertising worker.

​Eyewitness at the scene on Twitter: "Police stormed a Lego store in Vienna. Reason: violation of the law on face-coverings."

The police concluded that no laws had been broken, because the woman covered her face in accordance with professional requirements. 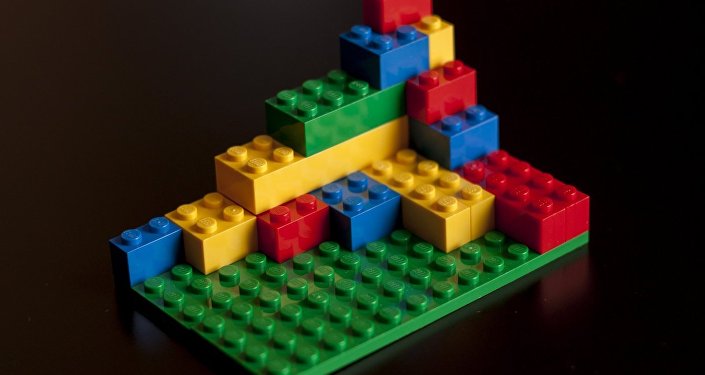 © CC BY-SA 2.0 / Antonio / Lego building blocks
How Is Former Lego Boss Buying Up Scottish Country Estates? Brick by Brick
On October 1, Austria adopted a broad ban on face-coverings. In addition to Islamic face coverings such as the niqab and burqa, the ban covers party masks, medical masks (without a doctor's note), and other coverings. Violators face hefty fines of up to 150 euros.

Other European countries, including France, Belgium, the Netherlands and Bulgaria have introduced similar bans, most of them specifically aimed at Islamic face coverings. However, some Austrians have complained that their broader ban may have gone too far, with dozens of people, some of them dressed in funny costumes, getting into trouble with police.

This week, Lesko, a giant light blue and yellow bunny serving as the Austrian parliament's children's mascot, got into trouble with police while shooting a promotional video outside parliament. Police stormed the scene and forced the actor and forced him to take off his mask to check his identity.

This rabbit "Lesko" is stoped in Austria by police. Its forbidden to wear masks. He has to show the face. pic.twitter.com/QqWqEAhm3w

​Before that, a young man in a shark costume promoting an Apple store was fined 150 euros after refusing to remove his shark head.

​Since the face-covering ban's introduction, police have stopped over 30 people, including clowns, bikers, and people wearing scarves over their face.