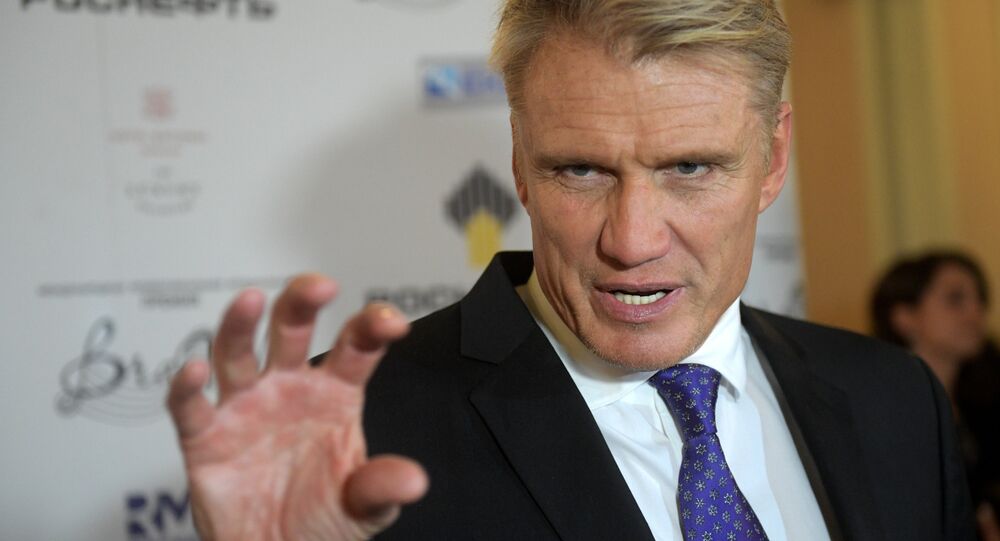 Swedish-American 80s action star Dolph Lundgren had a few things to tell a Swedish magazine about the Russian leader.

"I think Putin's good as Russian president. It's good that he looks after his country, because if there was some weakling in his place, who knows how things would end up," the actor said.

Russia, Lundgren recalled, "has at least 5,000 nuclear warheads, and clearly, someone needs to keep some damn order over there, and [Putin] does it quite well."

Summing up his thoughts about the Russian leader, Lundgren quipped that "Yes, hell I think he's pretty cool."

© Sputnik / Grigoriy Sisoev
What the Future Has in Store for World: Putin's Valdai Club Speech Highlights
This isn't the first time the action star has had some kind words for Putin. Speaking to Russian media last year, Lundgren said that while he wasn't an expert in politics, "your President Vladimir Putin seems like a calm, collected, mature politician, and someone who always has a plan."

59-year-old Dolph Lundgren famously portrayed Soviet bad guys in James Bond: A View to a Kill, Rocky IV, and Red Scorpion, and other action titles including the Universal Soldier franchise and Showdown in Little Tokyo. He returned to the big screen with the Expendables series.

This spring, he filmed a humorous promotional film for Belarusian online multiplayer wargame World of Tanks. He is now working with Sylvester Stallone on Creed II, the revenge story of the son of Apollo Creed, the American boxer killed by Lundgren's Drago in Rocky IV.