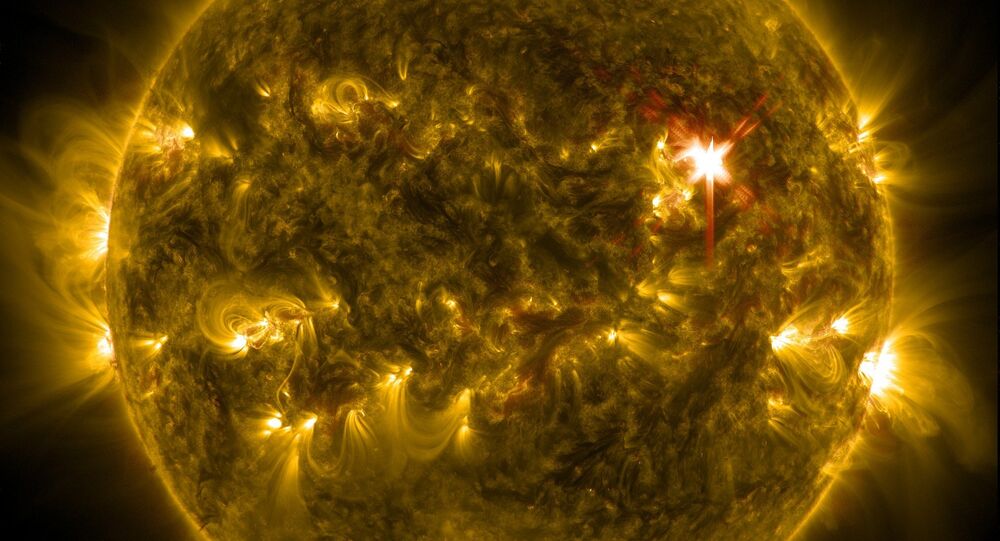 The sun is our friend and it keeps us warm, but it can also turn vicious and blast our Earth with solar superflares which, according to two astronomers from Harvard University, may happen before the end of this century.

Two scientists from Harvard University, Avi Loeb and Manasvi Lingam, have revealed that solar superflares could blast the Earth within the next decade and result in trillions of dollars of damage, citing an incident which happened in 1859.

According to the scientists, such a catastrophic event seems likely to occur within the next century, with a 12 percent chance of it happening in the next decade.

By studying solar superflares from other sun-like stars, the scientists found out that the most extreme superflares are likely to occur on a star like our sun approimately every 20 million years. But less intense superflares happen much more frequently and can still cause major problems on our planet. This happened  in 1859, when a powerful solar storm sent enormous flares towards Earth in the first recorded event of its kind.

© CC0
Sun Sends Out Sixth Solar Flare in Less Than Week
All of the telegraph systems across the Western world failed, and there were some reports of operators receiving electric shocks from the huge amounts of electrical current forced through the wires.

“Back then, there was not very much technology so the damage was not very significant, but if it happened in the modern world, the damage could [cost] trillions of dollars,” Loeb said, according to online publication New Scientist.

He further said that a flare like that today could shut down all the power grids, all the computers, and all the cooling systems in all the nuclear reactors. In other words, a lot of “things could go really bad.”

If the solar flare is a bit stronger it could even damage our planet’s ozone layer.

They also stressed that while asteroid impacts get all the attention when it comes to life-threatening space events, superflares don’t get nearly enough attention although they could be just as deadly and are just as likely to occur and affect every living being on Earth.

© NASA . NASA/GSFC/SDO
Largest Solar Flare in Decades Blacks Out Communications Across Planet (PHOTOS)
In September, the sun exhibited strangely high levels of solar flare activity as it was reaching its solar minimum, the period in which the sun’s flare activity should have been at its lowest.

The September 6 sunspots disrupted high-frequency radio signals on Earth for over one hour on the side of our planet that was facing the sun during the emission.

Solar storms, which can emit billions of megatons of energy, could conceivably cause enormous damage to Earth if our planet's magnetic field interacts heavily with it, as they can knock out electrical systems and cause blackouts worldwide.