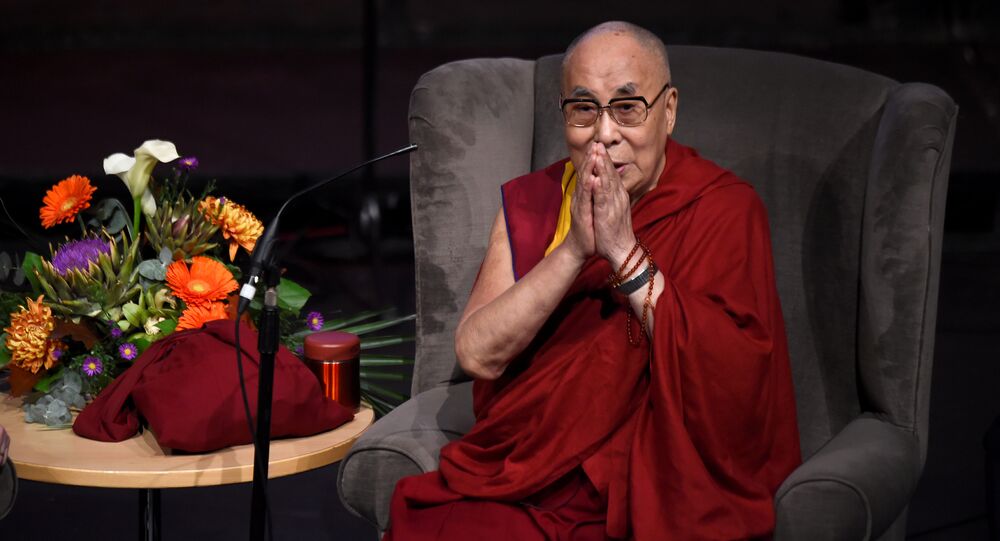 During a meeting with cultural luminaries from Russia and the Baltic States, the Dalai Lama explained what compassion and peace of mind have to do with the meaning of life.

When one of the people attending a meeting with the Dalai Lama in Riga, Latvia asked the Buddhist spiritual leader about the meaning of life, the latter replied that if one were to discard the various religious concepts and adopt a purely scientific point of view, the answer becomes surprisingly clear: "we are here and now, and we want joy and happiness, and no one wants any trouble," according to RIA Novosti.

"Furthermore, we’re social animals, with love and compassion ingrained into our being by nature," he added.

Dalai Lama explained that according to Buddhist teachings, in order to avoid problems, maintain his health and to attain happiness a person requires peace of mind.

"Not a single doctor would tell you to be anxious and angry; they would say 'Relax and calm down!'. Doctors know that peace of mind is good for one’s health while fear and anger literally devour a person’s nervous system," he said.

© Sputnik / Kirill Kallinikov
Dalai Lama's Secret Dream: NATO Headquarters Must Relocate to Moscow
And the key spiritual technique that helps a person to achieve peace of mind and boost one’s confidence is compassion.

During his Teachings for the Baltic States and Russia, organized by the Save Tibet foundation, Dalai Lama also pointed out that compassion helps people foster trust in each other, and that "trust is the basis of friendship."