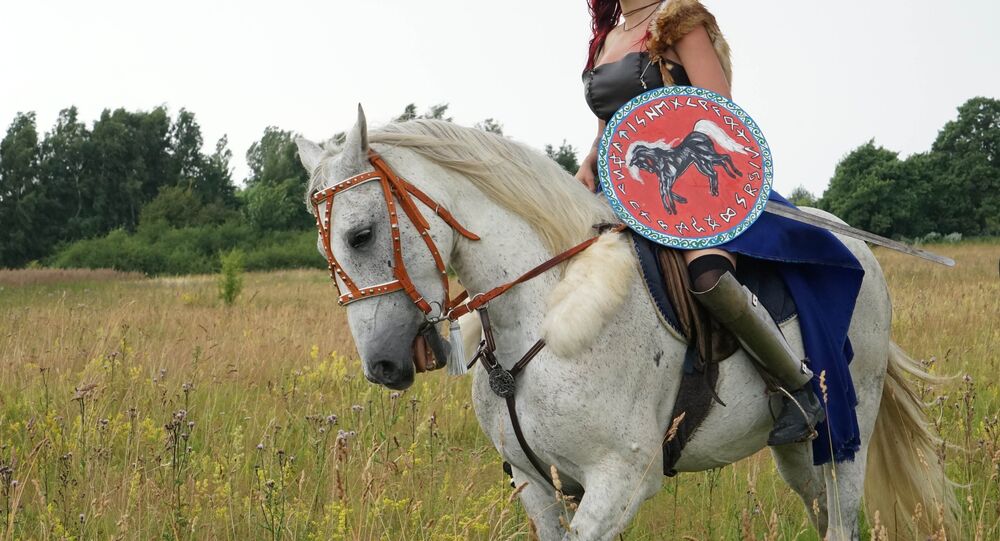 With the help of osteology and DNA testing, archaeologists and historians have revealed that the remains of a “powerful military leader” buried with weapons and horses are that of a woman.

The warrior's grave, in the town of Birka, Sweden — one of the most important trading centers for Vikings — was first excavated at the end of the 19th century and lead researcher Hjalmar Stolpe simply assumed at the time that because of what he described as "manly" equipment in the grave, the warrior must be male, according to The Local SE.

Several years ago, however, Stockholm University osteologist Anna Kjellström — while studying the remains for a research project — noticed that the warrior chieftain's cheekbones were thinner than those of a male and that the hip bones appeared to be those belonging to a female.

After carrying out an osteological and DNA analysis, her suspicions were confirmed to be correct; the remains of a powerful Viking chief buried with the highest military and tribal cultural status were that of a woman.

The findings, published in the American Journal of Physical Anthropology on Friday, show that the female Viking was a formidable military leader.

"It's actually a woman, somewhere over the age of 30 and fairly tall too, measuring around 170 centimeters [five feet, six inches]," according to Charlotte Hedenstierna-Jonson, an archaeologist at Sweden's Uppsala University.

"Aside from the complete warrior equipment buried along with her — a sword, an axe, a spear, armour-piercing arrows, a battle knife, shields, and two horses — she had a board game in her lap, or more of a war-planning game used to try out battle tactics and strategies, which indicates she was a powerful military leader. She's most likely planned, led and taken part in battles," she added.

"This image of the male warrior in a patriarchal society was reinforced by research traditions and contemporary preconceptions. Hence, the biological sex of the individual was taken for granted," Hedenstierna-Jonson, Kjellström, and other researchers involved in the study reported.

Although the discovery is significant, it most likely will not change historians' views that the Viking society primarily comprised male warriors.

"It was probably quite unusual [for a woman to be a military leader], but in this case, it probably had more to do with her role in society and the family she was from, that carrying more importance than her gender," Hedenstierna-Jonson said.