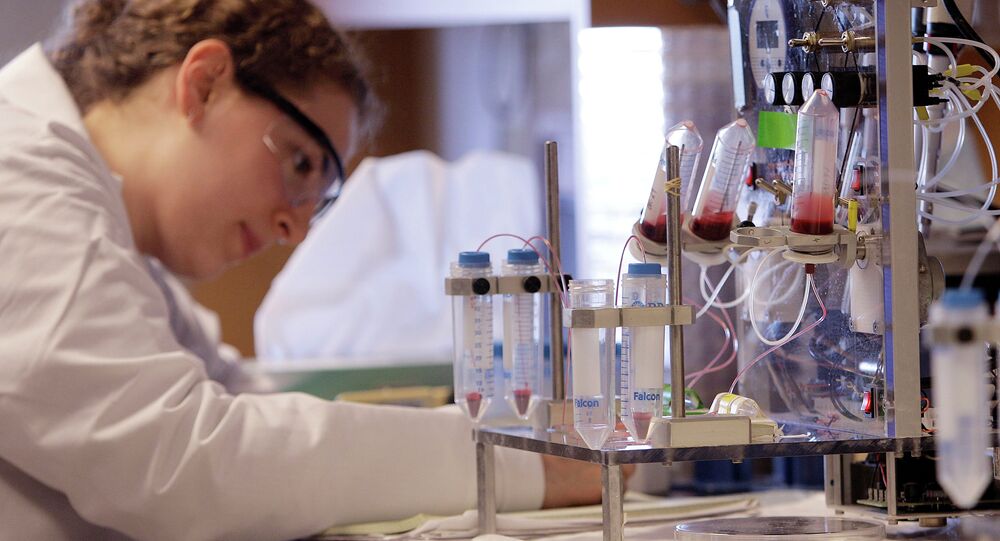 Russian chemists have created a special type of nanoparticle, which acts as a very efficient “contrast agent” and allows for an early diagnostic test of cancerous tumors.

Chemists from the cities of Kazan and Novosibirsk have created a new type of nanoparticle capable of highlighting even the smallest and most inconspicuous of cancer tumors without causing harm to the body, according to an article published in the New Journal of Chemistry.

“To date, there are only a few analogues of our nanoparticles with similar functional characteristics; of course, it is still difficult to say which of the developed drugs will be used in practice, so the result is only the first step along the way,” the press service of the Russian Science Foundation reported Asiya Mustafina, from the Institute of Organic and Physical Chemistry in Kazan, as saying.

© CC0 / Pixabay
Cancer Patients Using Alternative Treatments Over Twice as Likely to Die
Cancerous tumors can be traced in the human body at the earliest stages and in several ways. For example, physicians can detect cancer traces by specific molecules that cancer cells secrete in human blood, or with the help of magnetic resonance imaging (MRI) and other types of functional diagnostics.

Usually, cancerous tumors differ in density, biological activity, temperature and other parameters from the healthy tissues of the body, which makes it possible to find even the smallest foci of cancer if they stand out strongly against the background of other parts of the body in MRI scans.

For this reason, scientists are now actively developing special substances, so-called “contrast agents,” which penetrate cancer tumors, accumulate within them and "highlight" them during diagnostic testing.

Mustafina and her colleagues have made much progress in this direction, creating nanoparticles from gadolinium metal, whose compounds are now widely used in the diagnosis of cancer using MRI.

According to the Kazan scientists the particles developed by them have a record contrasting effect, exceeding the strength of the best modern gadolinium preparations by about 15-20 times, and they are much more stable in their composition.

All this allows for a reduction in the dose of the contrast agent approximately by 20 times during the diagnosis, which should positively affect a patient's health.

The Russian scientists hope that their nanoparticles, developed with the support of the Russian Science Foundation, will soon find their application in scientific and medical practice after their safety is confirmed in the course of clinical trials.

US Senator McCain Completes First Round of Cancer Treatment