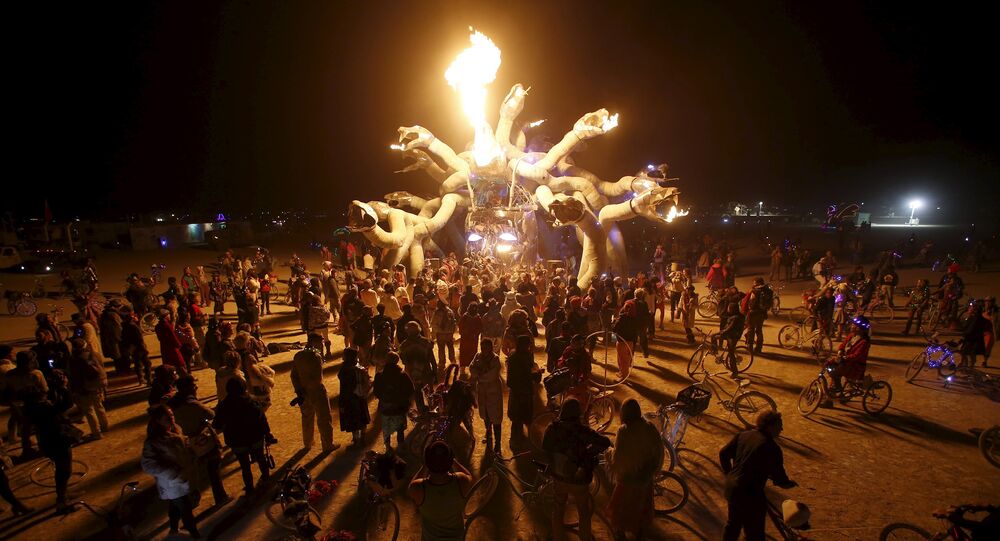 The annual celebration sadly lived up to its name as a 41-year-old man ran into raging flames during Burning Man, a festival held in the Nevada desert.

Aaron Mitchell ran through a security perimeter on Saturday during the towering effigy burn event where more than 70,000 people gathered together to enjoy art and music in the Black Rock Desert.

He was rescued from the flames by firefighters and was lifted to UC Davis hospital. However, he passed away due to the burns.

Many expressed shock over the incident.

Man dies after running into #fire ceremony at #BurningMan pic.twitter.com/XngKnV8SVU

Some expressed their condolences to the victim’s family.

​According to medical staff, the man wasn't under the influence of alcohol, and toxicology tests are still taking place.

The Burning Man festival is a nine-day annual gathering where people erect a temporary city with a set of main principles such as civic responsibility, self-expression, participation, etc.

It was started in 1986 in San Francisco and is a festival that celebrates artistic expression, freedom and is a communal experiment. The event includes music performances, art installations, art cars, interactive sculptures and the symbolic burning of a 50-foot tall effigy.

There were previous cases when people had tried to run into the flames as a symbol of rebirth.

Some 22,000 People Evacuated From Music Festival in Barcelona Over Huge Fire