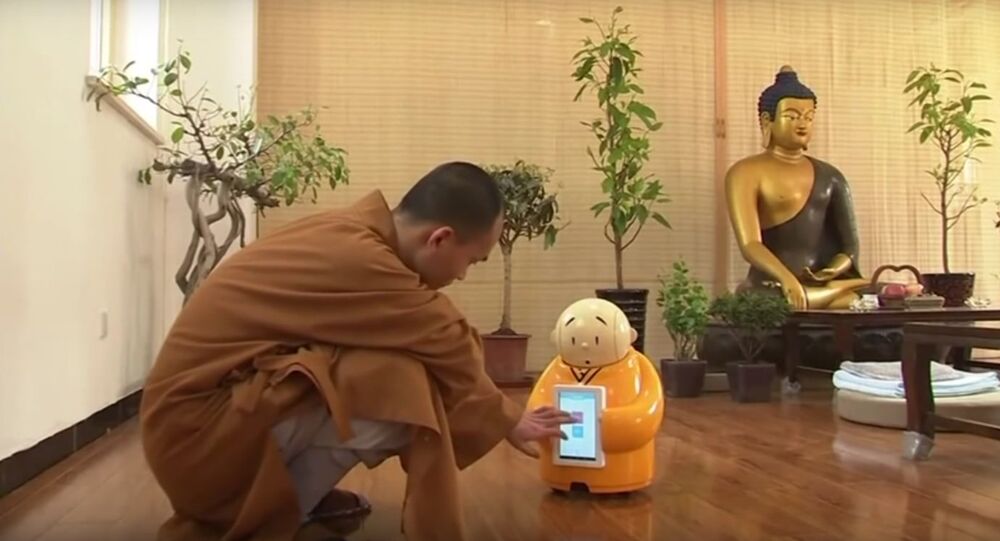 A robotic Buddhist monk developed in China that was originally only capable of "speaking" in Mandarin has now started to communicate with the public in English.

Xianer, a robo-monk developed at the Longquan Buddhist Monastery, was first presented to the public in October 2015 and was initially only capable of answering basic questions in Mandarin and reciting Buddhist mantras.

Starting on August 23, however, Xianer began communicating with the public in English, even though the cyber-monk still has a long way to go before fully mastering the language.

The robotic monk primarily communicates with the public using a WeChat account, which already has about 1.2 million followers, according to Chinese News Service.

It should be noted however that the robot’s command of English is far from perfect, and it often replies "I need to ask my master" to more difficult questions. The monks, assisted by several Tencent programmers and numerous volunteer translators, are currently working to address this issue.

© Photo : Youtube/Promobot
Run, Robot, Run! Russian Machine-Marathoner's First Training Session
Han Yu, head of the monastery’s "Xianer" team, also said that right now their creation can only communicate using typed messages and that they’re looking for "a boy who can speak English fluently to be the voice of Xianer."

It appears however that Xianer’s creators decided to teach the robot a new language not just to advance science, but to better disseminate Buddhist tenets as well.

Xian Quing, one of the monks at the Longquan Monastery, explained that by learning English, Xianer "can better spread Buddhist wisdom to people around the world," adding that many foreigners and Chinese living abroad really liked the robot’s "cute" design.

Meanwhile, a Buddhist priest robot that can chant sutras while tapping a drum was presented to the public at the Life Ending Industry Expo in Tokyo on August 23. This automated funerary attendant is essentially a modified version of Pepper, a humanoid robot introduced by SoftBank corporation back in 2014, and its services are expected to be way cheaper than those of actual human priests.