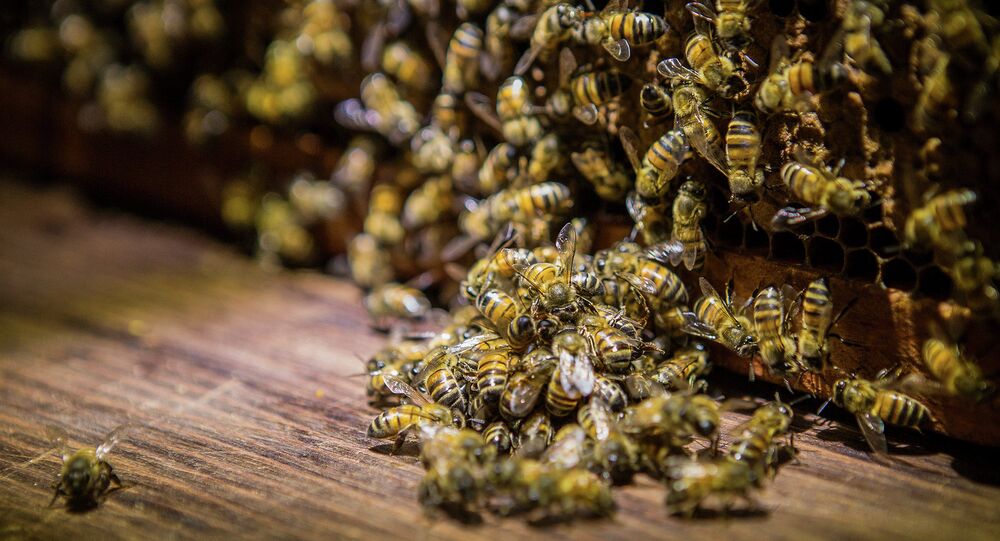 Bumblebees are facing extinction from insecticides. This is what a team of UK researchers have discovered. The study was posted on the Nature.com website this week. Radio Sputnik discussed this issue with Mark Brown, Professor in Evolutionary Ecology and Conservation from the School of Biological Sciences at Royal Holloway University of London.

The scientists revealed that experimental exposure to a commonly used insecticide reduced the number of queens that laid eggs by 26 percent in two weeks. The insecticide used in the experiment belongs to a group of neo-nicotinoids, or neonics.

They are used on some of the most widely grown crops in the UK, including corn, soybeans and canola.

Apart from wild bees, neonics have contributed to a decline in butterflies and some other species of insects.

“Wild bees are very important for humans in terms of the pollination that they do on our crop. They make sure that the crops produce fruit but they are also very important for the natural environment because without them and other pollinators wild flower also couldn’t leave seeds and that could lead to collapses in natural ecosystem,” Brown said.

Talking about how the pesticides affect bumblebees the professor said that pesticides such as neo-nicotinoids affect the brains of the insects and that has a behavioral and physiological impact on them.

© AP Photo / John Minchillo
Could Tiny, Stingless Bees Save the World’s Food Supplies?
He further spoke about how the insecticides also stop bees from laying eggs.

“There was a significant reduction of approximately 26 percent of the queens that actually laid the eggs if they were treated with pesticide as opposed to those that weren’t,” Brown said.

The professor also spoke about what other human factors cause a decline in the bees’ population, saying that the changes in use of land is one factor.

“As we intensify agriculture and remove areas of wild flowers that damage the bumblebees’ colonies because they are removed from the places where they need to live and food that they need to feed on,” Brown said.

Other factors include climate change and emergence of various parasites that comes with it.

He further spoke about the importance of balancing the scales, which on one hand these potential pesticides could be harming bees, but on the other hand could be beneficial to the sustainable food supply for humans.

The European Union imposed a temporary ban on the use of neonic pesticides on many crops in 2013, and is now considering proposals to make that ban permanent.

A range of regulations on the use of neonicotinoids have also recently come into effect in North America. However, pesticide producers and some farmers are fighting those restrictions as they argue that the ban has led to lower harvests of canola.