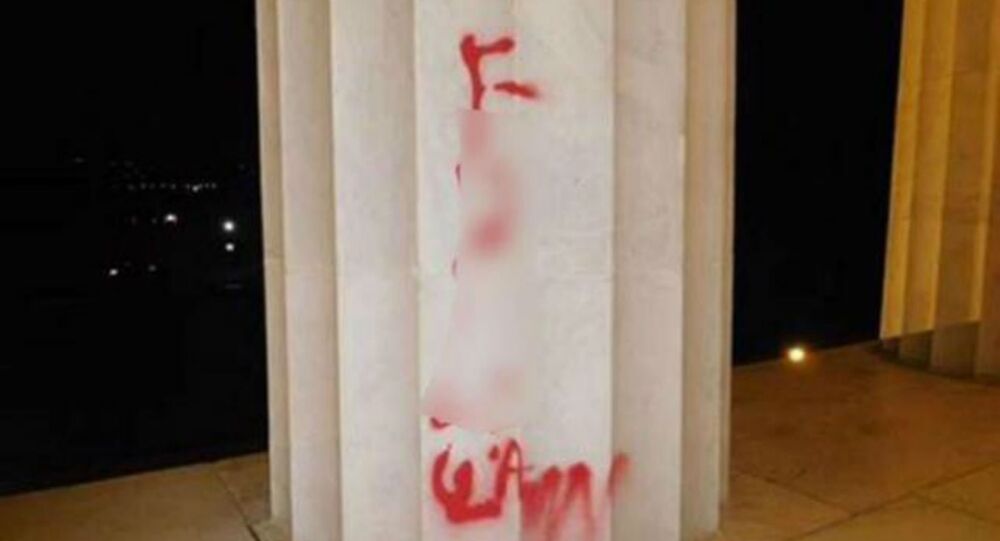 Police are looking for the person responsible for writing the words “F--- law” on the Lincoln Memorial in Washington DC, according to a press release by the National Park Service.

The expletive words were sprayed in red paint early Tuesday morning on the grand national monument that was built to honor Abraham Lincoln, the 16th US President.

Preservation crews are already working hard to carefully remove the paint "using a gel-type architectural paint stripper" that can be safely used on historic stone. A sign on the 1400 block of Constitution Avenue NW was also vandalized in spray paint, although the words are illegible.

Unfortunately, this is not the first time that a historical edifice in the nation's capital has been vandalized. In February, the Lincoln Memorial, World War II Memorial, D.C. War Memorial and Washington Monument were all vandalized with permanent marker. The graffiti read: "Jackie shot JFK," "blood test is a lie, leukemia, cancer HIV get a second option," and "9/11/01… pilots fly planes into WTC."

U.S. serviceman Kevin Hall who visited the vandalized Lincoln Memorial back in February was upset by the crime.

"I served the greatest air force in the world, but to come here to see that is like a slap in the face," he said to NBC Washington.

In 2013, a woman was arrested for defacing the Lincoln Memorial and the Washington National Cathedral with green paint. It took preservation crews almost a whole month to remove the graffiti.