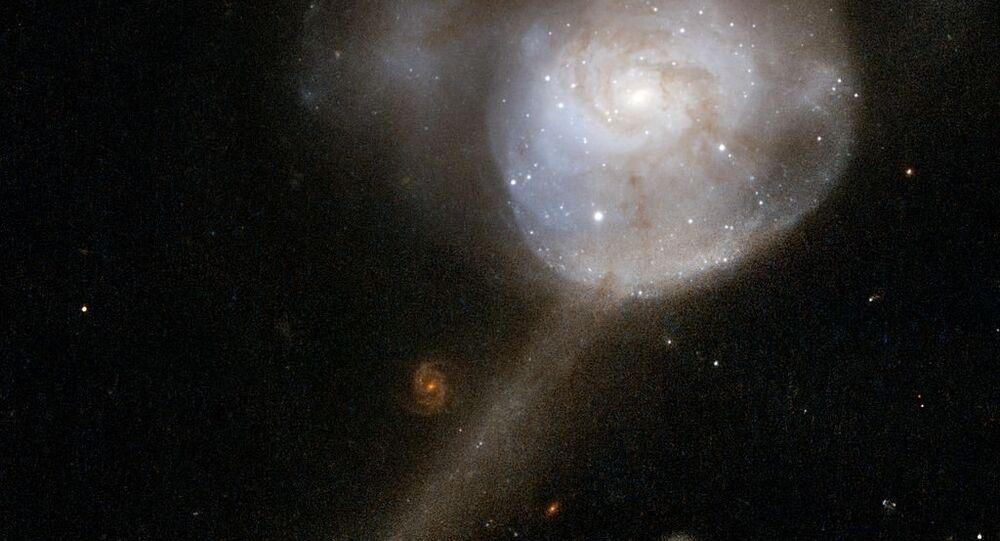 An international team of astronomers have confirmed that at least two Earthlike planets - small rocky worlds in the habitable zone around a star where liquid water is possible - orbit the nearby star of Tau Ceti, according to researchers at the University of California Santa Cruz and the University of Herefordshire in the United Kingdom.

While it may be a little early to make plans to live out the fantasies of an Isaac Asimov sci-fi novel, the new findings accepted for publication in the Astrophysical Journal make Tau Ceti a prime candidate for the prize of closest life-supporting planets to Earth.

Tau Ceti is a star of approximate brightness and structure to our own sun, being only slightly smaller and dimmer, and sits about 12 light-years away, making it one of the 20 closest stars to us. Tau Ceti is bright enough to be seen from Earth, forming part of the constellation Cetus, which rises in the northerly winter skies a couple of hours before the better-known constellation Orion.

Dr. Fabo Feng of the University of Herefordshire, the lead author of the project, described how they detect the planets by observing tiny wobbles by the star as planets orbit it. Larger planets are easier to detect because they make their parent star wobble more; smaller planets are harder to find. "Our detection of such weak wobbles is a milestone in the search for Earth analogues and the understanding of the Earth's habitability through comparison with these," Feng said in his recently-published report.

Mikko Tuomi, another researcher at the University of Herefordshire, explained, "We came up with an ingenious way of telling the difference between signals caused by planets and those caused by star's activity. We realized that we could see how star's activity differed at different wavelengths and use that information to separate this activity from signals of planets."

© Photo : Danielle Futselaar & Franck Marchis, SETI Institute
‘Glowing’ Exoplanet Might Be the First of Its Kind to Be Discovered

The Herefordshire-Santa Cruz team previously collaborated on a study of Tau Ceti in 2013, a study that concluded that five much larger "super-Earth" planets orbited the star. The team's revisiting of the subject resulted in eliminating one of those planets and downsizing the other four. It also revealed that two of the planets, Tau Ceti e and Tau Ceti f, lay inside the star's habitable zone.

Sun-like stars are preferable, Sky News explains, because their properties most closely resemble the only star that we know of that actually supports life — our own — and what the conditions are that make it possible. Every star has a habitable zone around it, with its size and location dependent upon the star's size and radiance. But as phys.org explains, smaller stars like Proxima Centauri — the closest star to the sun at only 4.2 light-years away — tend to have habitable zones so close to their surface that any planet orbiting sufficiently close to it will be tidally-locked, meaning that the same side of the planet always faces the star, rendering it an uninhabitable world of temperature extremes. Much larger stars than the sun tend to be more unstable, releasing radiation and pulsing novae of heat that would make the development of life on a planet over millions of years impossible.

eso.org
Could Humans Live on the Closest Planet Outside Our Solar System?

However, just being in the habitable zone around an ideal star does not guarantee that the planet will support life. Space.com noted that a large debris disk much like our own Kuiper Belt surrounds Tau Ceti, which in the absence of a large Jupiter-like planet to absorb projectiles, may be constantly bombarding its planets with comets and meteors. Additionally, the planets may have different mineral compositions that give them very different geological properties compared to earth. Tau Ceti e and f may be swirling, molten worlds devoid of life. But for now, they are the best candidates we have for habitable extrasolar planets close to home.