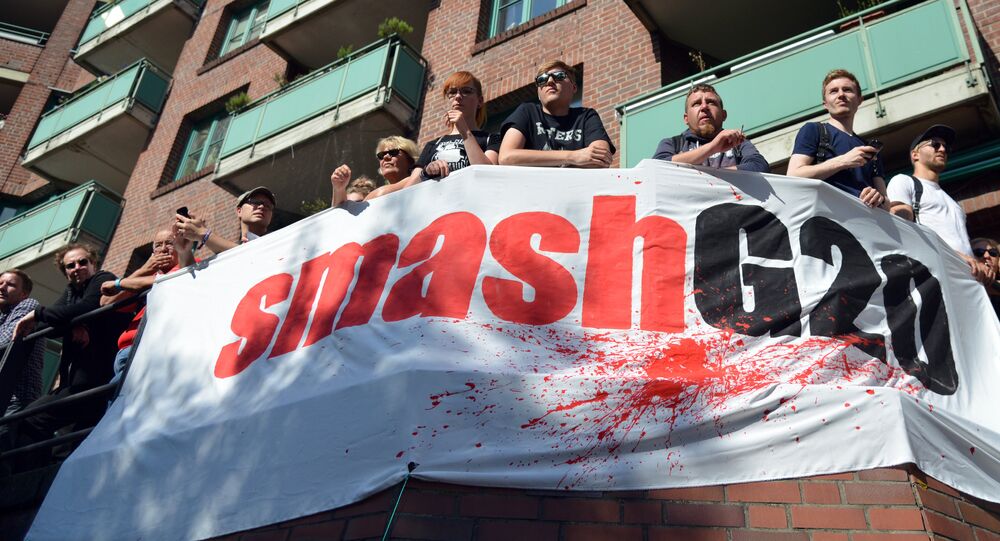 US Urges Citizens to Avoid Traveling to Hamburg, Exercise Caution in Turkey

US Embassies in German and Turkey issued warnings to US citizens, urging them to exercise caution due to G20 protests in Hamburg and a political rally in Istanbul.

© REUTERS / Murad Sezer
At Least 10 Detained in Turkey's Istanbul During Unauthorized LGBT Rally - Reports
WASHINGTON (Sputnik) — American citizens should stay away from the areas of Hamburg, Germany, where violent clashes between protesters and police have erupted amid the G20 gathering, the US embassy in Berlin said in a security message on Friday.

"US Embassy Berlin informs US citizens to avoid moving around within Hamburg due to escalated violence at demonstrations, road closures and disruptions to public transportation during the G20 event," the advisory stated.

The embassy advised US citizens to follow local media and comply with police instructions, the message noted.

The ongoing anti-G20 protests in Hamburg have already resulted in injuries to at least 196 police officers. A total of 70 protesters were detained, according to local police.

Security at the summit is being provided by a total of 20,000 policemen from all over the country, and the police have reportedly requested additional support from other German federal states as more protests are expected on Saturday.

US citizens in Istanbul, Turkey should also be cautious if they are in the area of a planned political rally on Sunday because these events can turn confrontational or become targets of terrorists, according to US Embassy and Consulates in Turkey.

"On Sunday, July 9th, starting at 5:00 p.m., a political rally to mark the end of the ‘March for Justice’ from Ankara will take place in the vicinity of Dragos Park and the Tuzlaspor stadium in the Maltepe district on the Asian side of Istanbul," the release stated on Friday. "The US Mission to Turkey urges US citizens traveling or residing in Turkey to exercise caution and avoid demonstrations and large gatherings."

The release noted that organizers are expecting more than one million people to participate in the rally.

US citizens should review security plans, monitor their surroundings, and follow local news for updates on the situation, the release added.

US Embassy in Seoul Lodges Protest Over ‘Problematic’ Anti-THAAD Rally

Tags:
warning, US embassy in Germany, US Embassy in Turkey, Germany, Turkey, US
Community standardsDiscussion