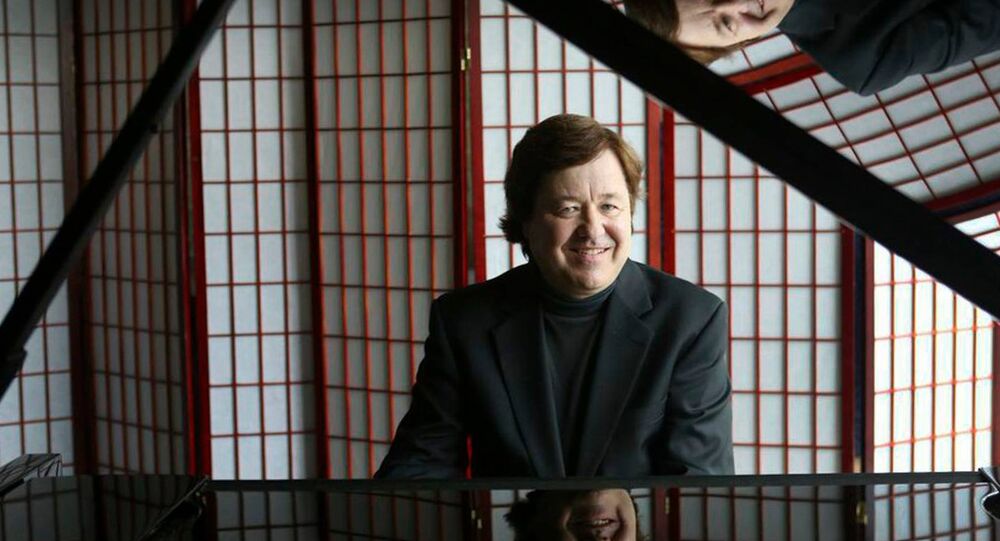 WASHINGTON (Sputnik) — The Russian diplomatic mission, members of international and public organizations gathered at the Russian Cultural Center (RCC) on Thursday to enjoy the piano music and learn more about the holiday traditions.

The honorary guests of the event were couples who had lived in a happy marriage for many years.

​RCC’s Director Oleg Zhiganov awarded with diplomas the two couples with a special destiny connected with Russia and the art.

The first couple is Virtuoso guitarist, composer and teacher Sergei Krichenko and Olga Krichenko who had just celebrated 40 years of marriage.

Outstanding contemporary artist Yankel Ginzburg, born in 1945 in Kazakhstan, received his educated in Israel, where his talent was noticed by Marc Chagall. He then moved to the United States, where he became a world famous artist, and shared his life with Pamela Ginzburg — his wife, muse and faithful assistant.

The Day of Saint Peter and Saint Fevronia also known as the Day of Family, Love and Fidelity has been celebrated on July 8 since 2008.

Demisch performed in more than 40 countries, including Japan, the Soviet Union, Ukraine, Israel, Egypt, the Netherlands, China, Taiwan, Vietnam, Australia, New Zealand, and India. He has toured Europe both as a pianist and also in a vocal group alongside the Vienna Boys Choir.