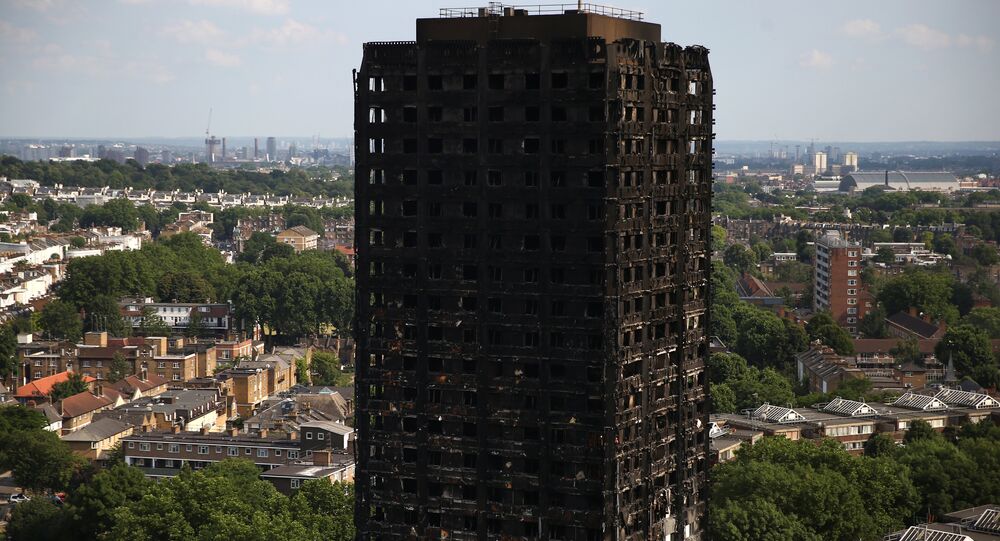 All individuals directly affected by the Grenfell Tower fire in London will be allowed to stay in the United Kingdom for 12 months regardless of their current immigration status, the UK Home Office said on Wednesday.

© CC0 / Pixabay
Grenfell Tower: London Detectives Listen to 999 Calls From 23 Doomed Apartments
LONDON (Sputnik) — On June 14, a huge fire started at the 24-floor Grenfell tower high-rise block in North Kensington in London, engulfing the entire building and trapping almost 120 families inside. At least 79 people have been confirmed dead or missing as result of the fire, which prompted mass demonstrations in London over the way local authorities dealt with the implications of the fire. The majority of the people that lived in the house were immigrants from the Middle East or Africa.

"The leave granted will be temporary (for 12 months) and granted on an exceptional basis to allow those directly affected by the fire… time to deal with the immediate aftermath of these terrible events, and to consider their future options," the policy guidance released by the Home Office said.

UK Prime Minister Theresa May has stated in June, that the UK law enforcement agencies "will not use this tragic incident as a reason to carry out immigration checks on those involved or on those providing vital information to identify victims or those assisting the criminal investigation."

"Everyone affected by this tragedy needs reassurance that the Government is there for them at this terrible time and we will continue to provide the support they need to help them through the difficult days, weeks and months to come," Brandon Lewis, the Minister of State for Immigration, said on Wednesday in a written statement to the Parliament introducing the policy of the Home Office.

The announcement was criticized by the Labour Party, some members of which demanded from the government to grant full "amnesty" for those affected by the fire.

UK: Is the Grenfell Tower Tragedy a Game-Changer?