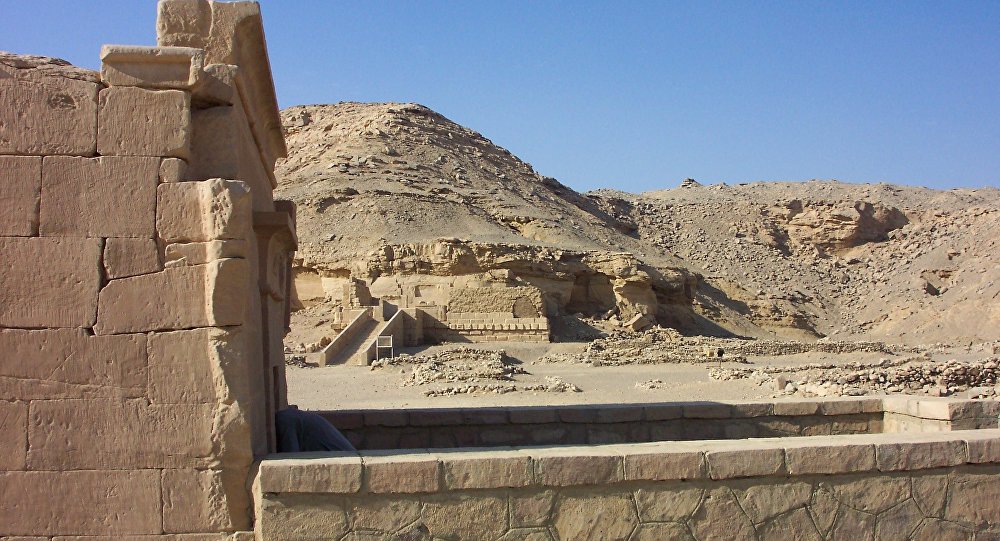 An expedition from Yale University and the Royal Museum of Art and History unearthed some previously unknown rock scripts including huge hieroglyphs dating back to around 5,200 years.

"This newly discovered rock art site of El-Khawy preserves some of the earliest – and largest –signs from the formative stages of the hieroglyphic script and provides evidence for how the ancient Egyptians invented their unique writing system," Egyptologist John Darnell said, phys.org reported.

© CC0
A Princess of Egypt: 3,700-Year-Old Tomb of Pharaoh’s Daughter Found
The scientists also discovered rock art depicting a herd of elephants that was carved between 4,000-3,500 B.C.

The hieroglyphs were carved in four panels, and the text reads right to left, beginning with a hieroglyph in the form of a bull's head and ending with an image of an ibis.

Both these animals were considered sacred by the ancient Egyptians.

But it is the size of the hieroglyphs that has shocked the scientists.

“These individual hieroglyphs each measure just over a half meter in height, and the entire tableau is about 70 centimeters [27.5 inches] in height. Previously found signs were only one or two centimeters in size," he added.

The discovery made by the scientists dispels the myth that writing in ancient Egypt developed slowly and was initially used only by officials.

The discovered hieroglyphs make it clear that this style of writing spread throughout Egypt quite quickly and is not limited to the more commonly found small tokens or labels.

"This was not what I was expecting to find when I set out on this period of work on the expedition," Darnell said. "It was completely shocking to me."

From Egypt to Ancient Rome: How Tabby Cats Came to Rule the World Revealed