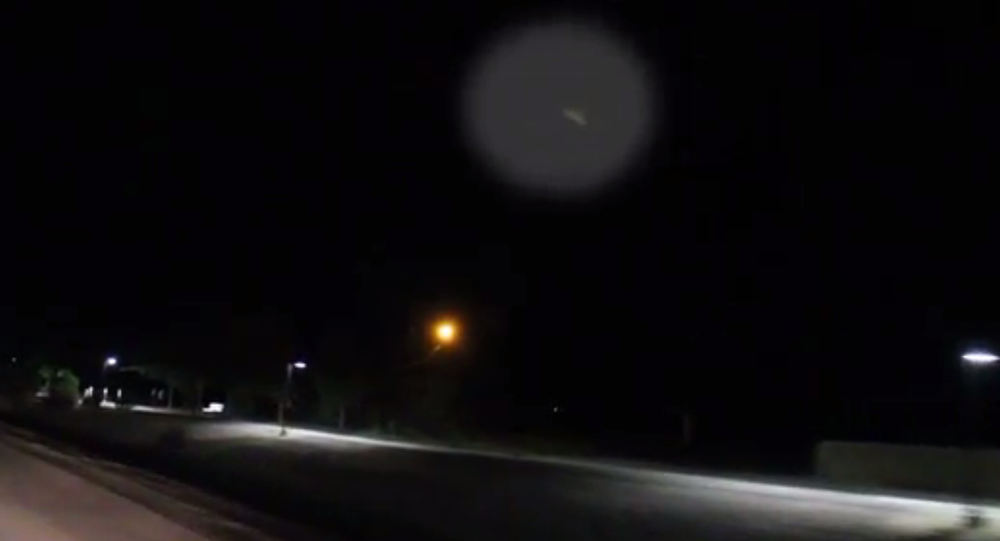 Just a few hours away from the American alien capital of Roswell, a New Mexico teen captured what appears to be a UFO with his cell phone late at night.

Manny Ceniceros
A UFO spotted by a teenager in Anthony, New Mexico.

Manny Ceniceros and his mother were driving by Dos Lagos Golf Course in Anthony, NM, a town not far from New Mexico's second largest city, Las Cruces. Ceniceros, an enterprising young man, started filming the golf course as footage for a promo video for his screen printing business.

"I told my mom to drive and rolled down the window 'cause I wanted to get footage of where we were recording," Ceniceros told ABC-7. "As we were going through the same place, I saw, like, a weird looking object."

His first thought was that the object was a bird, but when he watched the footage later he realized something was off. "I wasn't expecting to find anything at all. I just wanted to get that footage to put in a promo video. But then I was analyzing the video… I just saw that object, and I didn't know. I thought it was fake at first. I thought that the camera was malfunctioning. But no, it was actually like a UFO."

Ceniceros's sister Berenice, who was also in the car, claims that she saw it too. "I saw a light flash, but I didn't focus on it because I thought it was one of the lights on the side of the road," she told ABC-7. "It was different. And at home… we saw that it was actually a UFO."

Manny said that he first became interested in aliens after visiting the UFO museum in Roswell, New Mexico. "I would like for people to take into consideration that we're not the only one here, and that there might be life on other planets." he said. "We're not the only ones here."