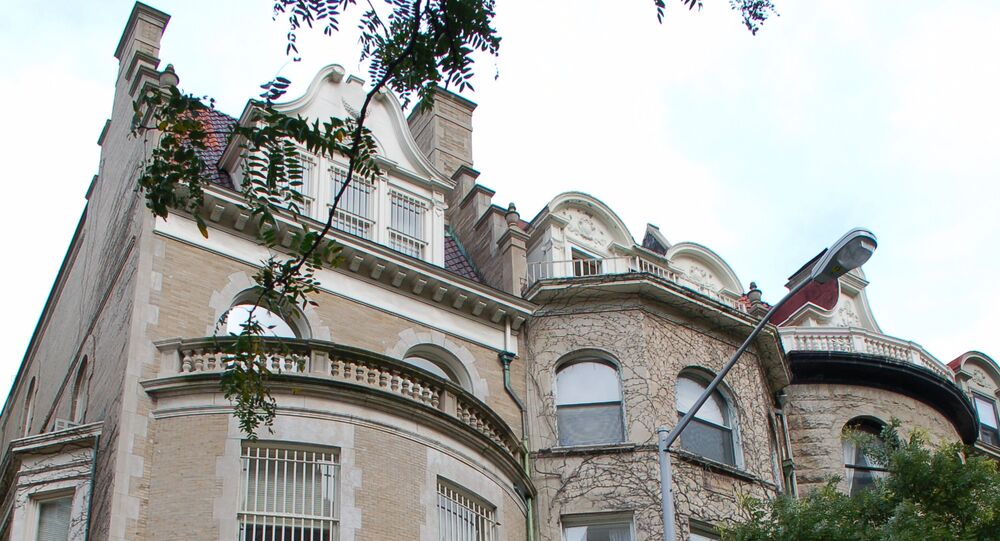 Russian-American poet Gennady Katsov held a reading of his poetry at a special event that also concluded a season of musical evenings called "Russian Seasons" at the Nicholas Roerich Museum in New York on Thursday.

© Sputnik / Vladimir Vyatkin
Russian Poet Yevtushenko Will Be Buried in Moscow, His Wife Says
NEW YORK (Sputnik) — Katsov noted that he went back to writing in 2011 after 18-year-long pause, and has published five books since then. While he writes in Russian, many poems get translated into English.

"My reading was actually supposed to take place on February 9, but it happened the only day this winter when it snowed, and so we had to reschedule it for today, June 8," Katsov said. "I think today's evening was great, and the final evening of the Russian Seasons was successful."

The program of the evening included four parts, each of which concluded with musical performances by cellist Ian Maksin, clarinetist Julian Milkis, and Canadian accordion player Alexander Sevastian.

"Today's event was a unique experiment for me. While I performed with the musicians before, in 1980s, it was primarily with the pianists," Katsov said.

The poet explained that the first part was about the birth and featured the poems devoted to his parents, as well as to the birth of a word, a sound, a text and to Christmas.

© AP Photo / Mark Lennihan
Failing: 75% of Black Boys Don't Meet California’s State Reading Standards
"The second part was dedicated to the childhood, that featured the poems filled with nostalgia about childhood. The third part included my reflections about life. And the last part was about the United States where I moved 28 years ago," the poet added.

The poet shared that he was writing a novel that would also include poems, and planed to finish it until the end of the summer.

Katsov plans to hold the next reading this fall.

Katsov was born in Yevpatoria, Crimea, in 1956. Since 1989, he has lived and worked in the United States.