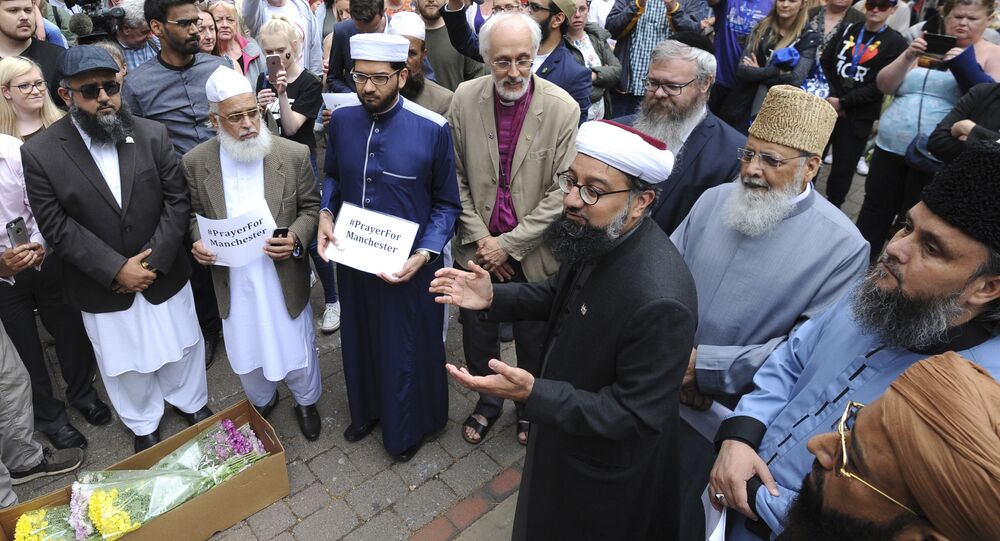 Since the May 22 Manchester attack during which a lone suicide bomber, Salman Abedi, entered Manchester Arena, killing 22 people and injuring countless others during a pop concert, the British Muslim community has experienced an increase in hate crimes.

© CC0 / Pixabay
Manchester Attack: Hope, Sadness and Islamophobia Spreads on Social Media
The impact of the Manchester bombing on the Muslim community has been felt by many. According to recently conducted research, the bombing has led to accounts of abuse and evidence of wider anti-Muslim sentiments that are likely to shape hate-crime narratives and will leave potentially fatal consequences.

​Since the Manchester attack, the police have said that reports of hate crimes in Manchester have risen from 28 to 56 within three days.

Research conducted by Dr. Imran Awan, an associate professor in criminology and an expert on issues related to Islamophobia, cyber hate, policing, security and counterterrorism, found that abuse against Muslims was a very real problem.

Dr. Awan decided to conduct a social experiment, whereby his friend was dressed as a Muslim — they wore a full veil, including a jilbab (long dress) and hijab for prolonged periods of time in public. The key point however, was to make it clear that this person was not a Muslim; Dr. Awan also wore a Muslim dress.

During the study both were subjected to verbal abuse, harassment and physical attacks, the level of hatred and vitriol experienced was "startling," according to Dr. Awan.

@MiddleEastEye Unfortunately islamophobia is on the rise in the uk, we must do more to stop it

Dr. Awan's colleague who was a woman, was subjected to swearing and abusers used words such as "Muslim whore", "fu**ing bitch", "fu**ing freak", "Muslim scum" and "your religion is filth."

In addition to this, she also faced physical attacks. Dr. Awan however was called a "typical Paki", "scumbag" and "terrorist scum."

"My first trip was to the city center in Birmingham, something I often do without any problems as a non-identifiable Muslim man. Before leaving, I sprinkled some Islamic attar [perfume] on my jubba, wore my Islamic cap and caught the bus to the city center," Dr. Awan documented in his diary.

"I sat down and began reading my newspaper. After a while, a group of teenage girls sat behind me and began laughing hysterically. One of them shouted: 'Look, we have a YOU KNOW WHAT on the bus' and then one of the other girls shouted: 'Yes! We have a filthy terrorist on the bus.' I confronted them by asking them 'why did you say that?' They said: 'Yes, so what if we said that? What are you going to do about it?' I remained silent. The bus was full with people but no one came to my defense. I wanted someone to stand up for me. I wanted someone to say that I am not a terrorist just because I have a beard. I sat back on my seat and kept counting each stop. When my stop arrived, I was just so relieved I could get off the bus," Dr. Awan added.

Hate crime towards Muslims has doubled since the Manchester attacks, this guy wants to spread love not hate 👏
#hopenothate #TheCWU pic.twitter.com/DHCsF50UL7

These accounts are not isolated; research has shown that the prevalence and severity of anti-Muslim hate crimes are influenced by events that occur on a local and international scale. After atrocities by Daesh (also known as ISIS), in Sydney, Paris and Tunisia, there was also an increase in anti-Muslim hate crimes.

Another example was of Taliesin Myrddin Namkai-Meche and Rick Best; both were killed after intervening in a racist attack on a train in Portland, US. It is unsure if this was an isolated incident or if the Manchester bombing was the cause of this atrocity.

Manchester attack: How Muslims became the enemy within https://t.co/Zkv1WSaMHn pic.twitter.com/CUMTEBLKwl

The aftermath of the attack will likely lead to further attacks, according to Dr. Awan and police will also have to protect the same community in which the terrorist came from.