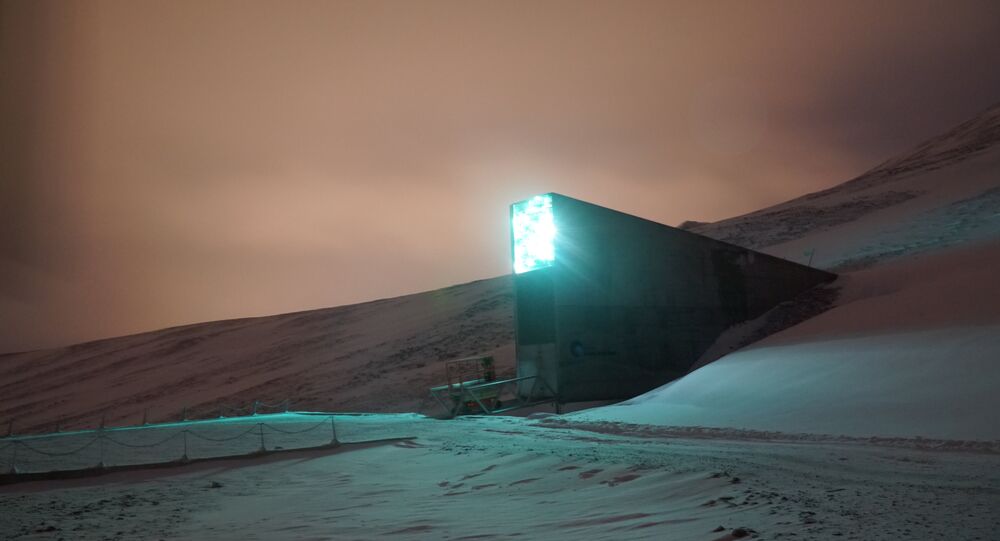 The world’s global seed bank, a hedge against ecological catastrophe, has been declared safe after floodwaters caused by warming temperatures gushed into the main entrance and threatened to destroy the contents of the facility.

About 800 miles from the North Pole, the Svalbard Global Seed Vault (often referred to as the "Doomsday Vault"), sits some 400 feet above sea level — to guard against rising sea levels or enormous tsunamis — and about 425 feet down into non-geologically active bedrock. The facility was assumed to be secure from almost any danger — except, it turns out, melting permafrost.

The permafrost surrounding the facility on the remote northern island has begun to melt, as rapidly increasing temperatures, the result of global warming due to human-induced climate change, cause frozen water to cascade back into the ocean.

"A lot of water went into the start of the tunnel and then it froze to ice," said Norwegian government spokesperson Hege Njaa Aschim, "so it was like a glacier when you went in," the Guardian reported.

The seed samples were not affected, and steps were quickly taken to safeguard the contents of the vault, including installing pumps, waterproofing the 300-foot entrance tunnel, and digging trenches to channel meltwater, but long-term solutions are unknown.

"The question," Aschim added, "is whether this is just happening now, or will it escalate?"

According to a statement from the vault's management, the Nordic Genetic Resource Center, for now, "The seeds are completely safe and no damage has been done to the facility,"

The organization asserted that it "is taking appropriate measures to ensure the protection of the seed vault and improve the construction to prevent future incidents."

"Globally, the seed vault is, and will continue to be, the safest backup of crop diversity," the statement added.

Opened in 2008, the Svalbard Global Seed Vault has no permanent staff on-site, instead employing what are referred to as "robust" security systems.

With a capacity of 4.5 million variants, currently close to one million individual seed samples from around the world are kept in temperature-controlled facilities, and more arrive on a regular basis.

Earth's Arctic regions have seen unprecedented warming in the past 100 years, the result of human-induced climate change.

According to the National Oceanic and Atmospheric Administration (NOAA), the northern polar regions are warming at twice the rate of the rest of the globe, and local average temperatures have risen an eye-opening six degrees Fahrenheit since 1900.

"It was not in our plans to think that the permafrost would not be there and that it would experience extreme weather like that," Aschim said, according to the Guardian.

Last year was the hottest year since record keeping began in the mid-19th century, according to NOAA.