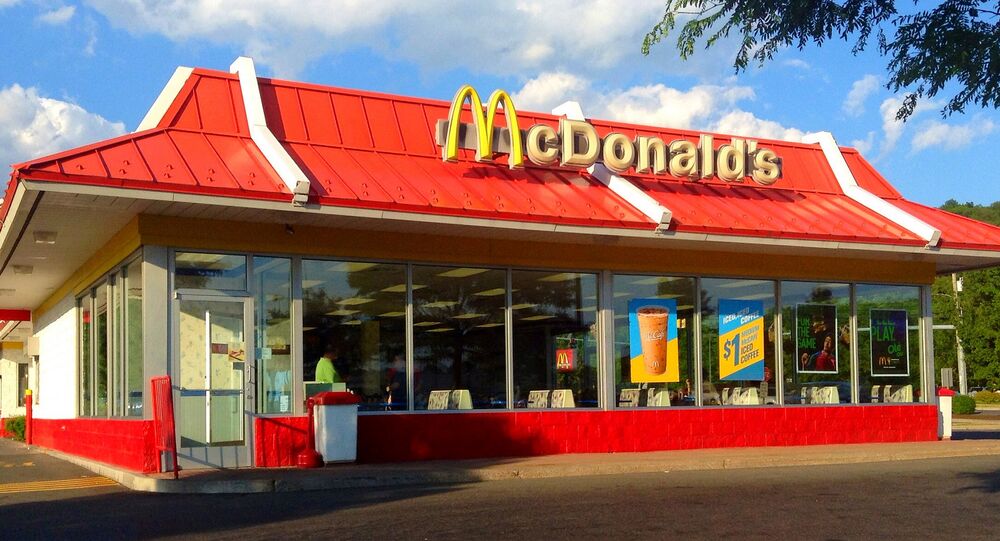 McDonald's Apologizes Over 'Child Bereavement' Advert...but Refuses to Pull It

McDonald’s has apologized for public upset caused by its new UK television campaign, following floods of complaints from viewers who claim the advert exploits childhood bereavement – although the company has refused to pull it from screens.

Set to stereotypically heartstring-tugging piano twinkling, the advert — first screened in the second week of May — depicts a young boy asking his mother a series of questions about his dead father. Her responses produce sadness in the child, as they suggest he and his deceased father had little in common. However, upon arriving at McDonald's, he is thoroughly warmed to learn his luncheon choice — a "Filet-o-Fish" — was also apparently his dad's favorite too.

Within a week, the UK Advertising Standards Authority (ASA) had received over 100 complaints, and more are said to be piling in. Many viewers were outraged at the ad's content, feeling it highly inappropriate and "insensitive" to exploit bereavement in order to market fast food.

Some complainants felt the timing of the campaign — a month prior to Father's Day — was particularly manipulative. The ASA is said to be "carefully assessing" the complaints, although the body has not yet reached a decision on whether there are grounds to launch an investigation, much less ban the ad.

@JackAlexTurner Hi. We have received complaints about the ad. As always, we'll carefully assess them to see whether there are grounds to investigate.

​Criticism was also rife on social media, with users who had lost their own parents finding the ad particularly offensive.

I genuinely don't think I've ever seen anything as cynical and exploitative as the new @McDonalds advert. Shameless, even by their standards

​Have you seen that new McDonalds advert? Your dead dad was better than you at everything, but you both ate cheap burgers like pigs

New #McDonalds advert, cynically using the story of a kid's dead dad is trashy beyond belief. Who needs 2 parents when you have McNuggets?

I am sickened and disgusted by this advert. Lost my dad at 9. Memories? Yes.Burger? No! Shameful ad #McDonalds

​Moreover, Shelley Gilbert, founder of bereavement charity Grief Encounter, said she had been contacted by many concerned parents. Her own take on the ad is unambiguous — McDonald's has "exploited childhood bereavement" as a way to connect with young people and surviving parents alike.

"One in 29 children are bereaved of a parent or sibling by the time they are 16 years of age, so this storyline will resonate with a huge number of children and surviving parents. We have already received countless phone calls this morning, with parents telling us their children have been upset by the advert and alienated by McDonald's as a brand that wants to emotionally manipulate its customers," she said.

Nonethless, while McDonald's has publicly apologized for any upset the ad unintentionally caused, the controversial fast food giant has confirmed the campaign, created by London advertising agency Leo Burnett, will continue to be aired.The advertising agency said in a statement upon the release of the ad that it was aimed at 20- to 44-year-olds and was trying to "generate affinity" with the brand by "reminding the audience what they love" about McDonald's.

"In serving over 3 million people daily, a lot of human stories pass through McDonald's doors every day. As we all know, life isn't perfect, and life can be challenging. Hopefully this heartfelt story reflects that with the poignancy it deserves," said Peter Heyes, Leo Burnett Creative Director.

Given the firm's cavalier approach to marketing, it is perhaps unsurprising McDonald's consistently tops America's "Most Hated Companies" rankings.

However, the firm is not the only one in 2017 to cause controversy with its exploitative advertising practices. In April, Pepsi withdrew a campaign after the company was accused of co-opting protest movements to market its products. The TV commercials, depicted reality-TV star Kendall Jenner joining a protest and then defusing a standoff with police by handing an officer a can of the fizzy drink.