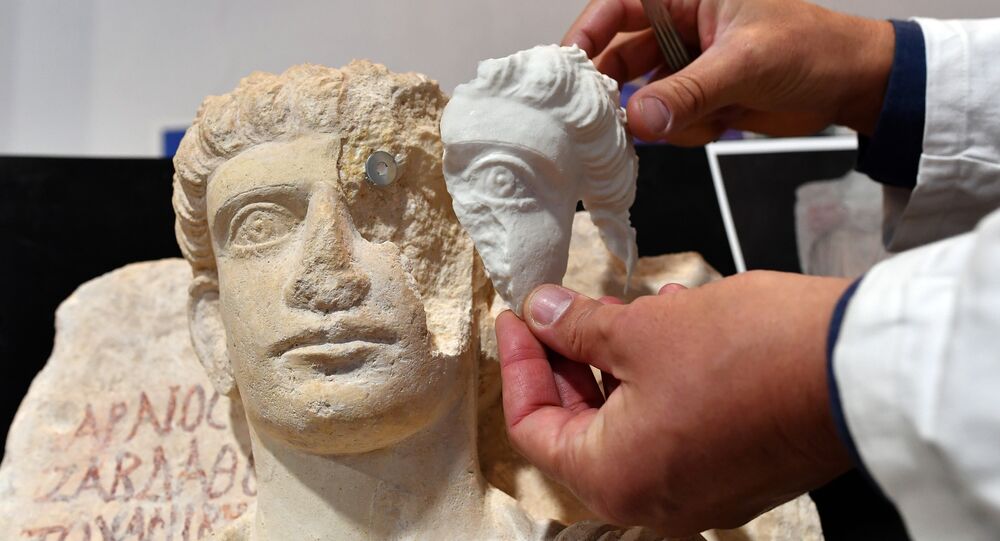 What the 'Greatest Theft in History' Has to Do With Syria, Iraq and Afghanistan

The Monuments, Fine Arts, and Archives program was set up in 1943 to protect works of art during World War II and retrieve objects of cultural value stolen during this period. In 2007, American businessmen and researcher Robert Edsel established the Monuments Men Foundation for the Preservation of Art to honor and continue this legacy.

Those involved with the MFAA have become known as Monuments Men.

"They were men and women, museum directors, curators, art historians, some were artists themselves, about 40 years old, that volunteered for military service to try and save the great cultural treasures in Europe from the destruction of war and of course theft as well," Edsel told Radio Sputnik. "They were there many years after the war was over unravelling what was the greatest theft in history. By the time they came home the Cold War had started. Their legacy was really lost in the fog of history."

Edsel created the Monuments Men Foundation to tell their stories and continue their work, which he described as a "noble endeavor."

"There are still hundreds of thousands of objects from WWII that are missing. Many are in the former Soviet countries, taken home by the Red Army soldiers. Many are in Western countries. Some are in the United States. Then of course they go through these various stages where they go from one collection to another. But they usually surface because people <…> would rather have the money than have an object. There are some safety nets, more so for paintings than sculpture or other objects. So these things do surface," he said.

The Monuments Men Foundation has in recent years found more than 30 items of art, including rare books, paintings, religious objects and documents. These pieces of art were returned to where they belong, with the organization charging the recipients nothing for its work.

© REUTERS / Kacper Pempel
Treasure Hunters on the Way to Find Mysterious Nazi Gold Train in Poland
In December 2016, the Monuments Men Foundation returned a 16th century tapestry taken by a US officer from Adolf Hitler's Eagle's Nest retreat. The tapestry will be displayed at the Bavarian National Museum in Munich.

These efforts, Edsel maintains, also "reminds us as we see today in Syria, Iraq and Afghanistan that this is not a problem just of history of WWII. It's a problem that we face continually."