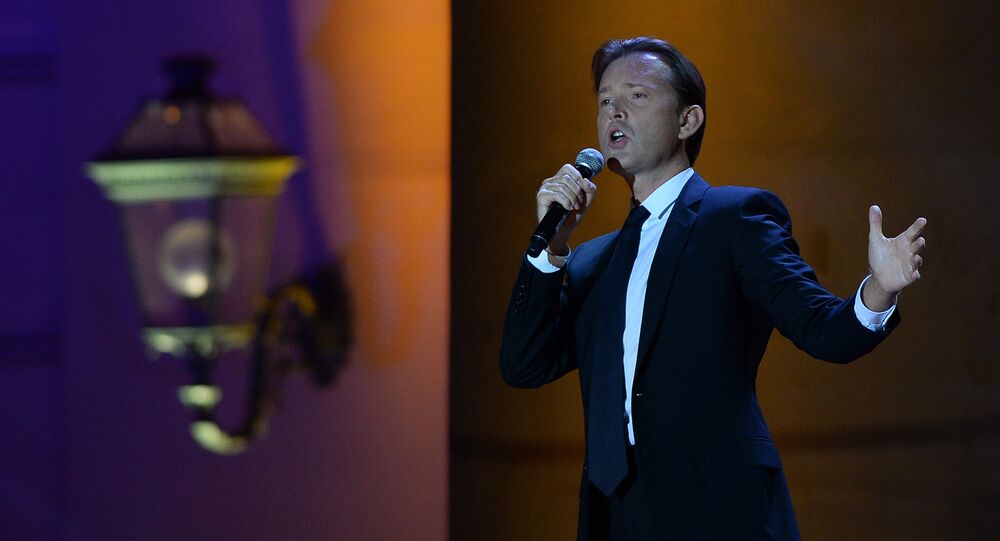 Russia’s Silver Voice Pogudin to Perform for Compatriots in Washington

Russian romance singer Oleg Pogudin will perform for his compatriots living in the United States with a single concert in Washington, DC on Wednesday.

“The concert on Wednesday will be held at the Russian Cultural Center in Washington, and is part of the program on cultural work with the Russian compatriots living abroad,” Pogudin, known as a silver voice of Russia, said. “We have been participating in this program, carried out by Rossotrudnichestvo with support from the Ministry of Culture, since 2014.”

Pogudin stressed that the program of the concert is Russian audience-oriented, and will include mostly popular Russian romances.

“While we are still deciding on the concert’s program, which will include violin and guitar, I can tell you that we will definitely perform Shine, shine, my star (Gori, gori, moya Zvezda), Don’t go away, stay with me (Ne uhodi, pobud so mnoyu), Foggy Morning (Utro tumannoe), I met you (Ya vstretil vas),” he noted.

Pogudin’s performance comes amid tense relations between the United States and Russia.

© Sputnik
Russian Cultural Center in Washington to Host St. Albans School Christmas Tour
“During the periods of complicated relationship between peoples or countries, culture is something like a magic wand,” he pointed out. “Cultural events unite people, and help defuse the situation.”

The singer’s concert in Washington will be followed by a number of performances in Europe.

“On May 7, we will perform in Berlin,” he revealed. “We will give a concert in Prague on May 9, which is the anniversary of the city’s liberation from Nazi Germany. These concerts will be dedicated to the Victory Day, and will include famous Dark night (Temnaya noch) and Officer's Waltz (Oficerskiy Vals).”

Then, the concerts will be held in Bratislava, Budapest, Vienna, Ljubljana, all during the month of May, the singer added.

The concert at the Russian Cultural Center follows the performance in New York’s Master Theatre on April 29 that gathered some 1,500.

Pogudin repertoire consists of some 500 songs in 15 languages.